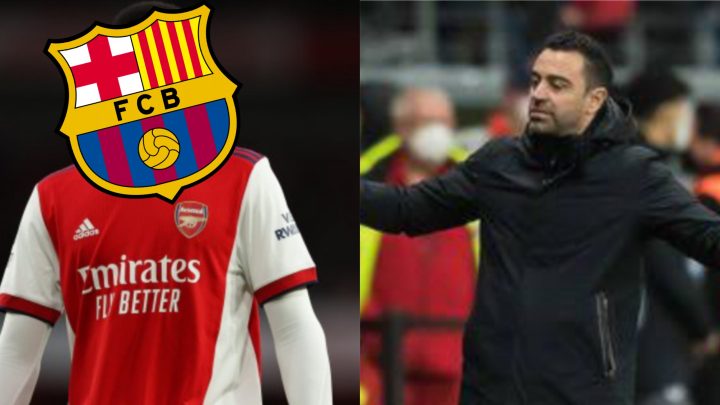 Barcelona are targeting a move for Arsenal centre-back Gabriel Magalhaes, according to reports in Spain.

The Brazilian defender joined Arsenal in a £27 million deal from Lille in 2020 and has formed a solid partnership alongside Ben White this season.

Barcelona, meanwhile, have already agreed to sign Andreas Christensen on a free transfer this summer once his contract expires with Chelsea, but the Spanish club have also held talks with Antonio Rudiger’s agent, with the Germany international also due to become a free agent at the end of the season.

According to Sport, Barca are in the market for a left-footed central defender and are now exploring the possibility of a move for Gabriel.

The report claims that Xavi is an admirer of Gabriel and the prospect of signing the Brazilian this summer has already been discussed by Barcelona’s hierarchy.

Sport also report that Barca would be willing to offer players in exchange as part of their deal with Arsenal, including Memphis Depay, midfielder Riqui Puig and goalkeeper Neto, who the Gunners tried to sign in 2020.

Last month, reports claimed that Arsenal are already considering offering Gabriel a new contract in recognition of his performances this season.

Earlier this season, Mikel Arteta made it clear that the Brazilian is one of Arsenal’s top long-term prospects.

‘We know that he’s a player with an incredible future and is already giving us a lot,’ said the Arsenal manager.

‘He has adapted really well to the league. That’s why we signed him.

‘He is stepping in, his language is much better and he can coach and communicate much better with his teammates. He understands what we want and I don’t think it gets much harder than playing here in the Premier League.’