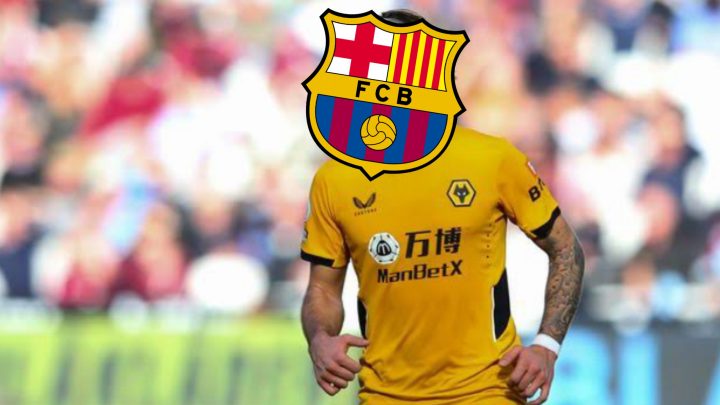 One of the top midfield targets for FC Barcelona this summer is Ruben Neves. The Wolverhampton Wanderers star is rated highly in the Catalan camp, who consider him to be one of the club’s top targets in the summer transfer window.

Barcelona are indeed on the hunt for a reliable holding midfielder, who can serve as a deputy for Sergio Busquets, before eventually taking on the mantle of becoming the club’s main number six.

Ruben Neves fits the bill well given his vast experience at the highest level of football, coupled with his aggression and technical abilities in the middle of the park.

However, if reports from Diario Sport are to be believed, it appears Neves could cost a fortune for Barcelona this summer, as Wolves are holding out for a fee of around €120 million for the services of the Portuguese international.

Wolves, though, are likely to lower their price tag as none of the interested parties would ideally match their asking fees.

Aside from Barcelona, Arsenal and Manchester United are the other two clubs interested in the services of Neves in the coming season. The Catalans may have the upper hand as the player is reportedly keen on donning the Blaugrana kit next season.

Moreover, Neves is represented by the GestiFute agency that is led by Jorge Mendes. The Portuguese superagent has an excellent relationship with the Barcelona board, potentially making them the frontrunner in this chase.

Luring The Portuguese international from Wolves could still be tricky, though, as the Midland outfit are expecting high value for their prize asset.

The midfielder’s current contract at Molineux doesn’t expire until 2024, thus giving Wolves the leverage to hold out for a high asking price. While the €120 million demands might be out of the question, it won’t be surprising to see Neves cost in excess of €60 million this summer.