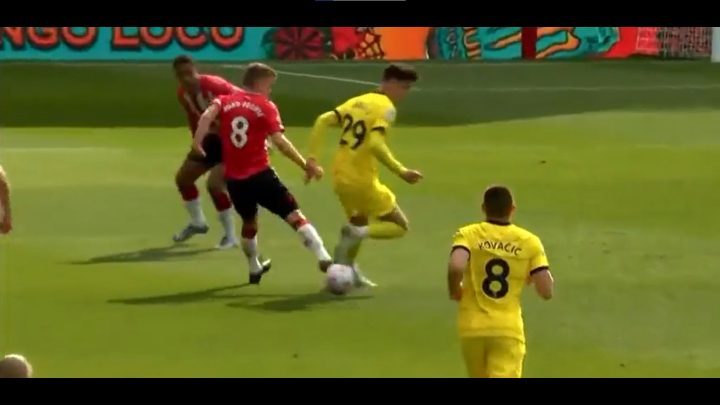 Just like last season, Kai Havertz started slowly and has got better and better as the campaign has worn on.

He’s already scored today against Southampton, and just now he pulled off a sublime roulette skill to embarrass Tino Livramento.

He’s really feeling himself now, you can just see it. The rest of the team are all looking very relieved after a horrific week of defeats – let’s hope this newfound confidence can carry them forwards in the crucial games to come – we’ve got a historic comeback in Madrid to complete.

You can see the sublime skill in the clip embedded here:

Havertz pulling of the zizou pic.twitter.com/Y9BSbShvF5