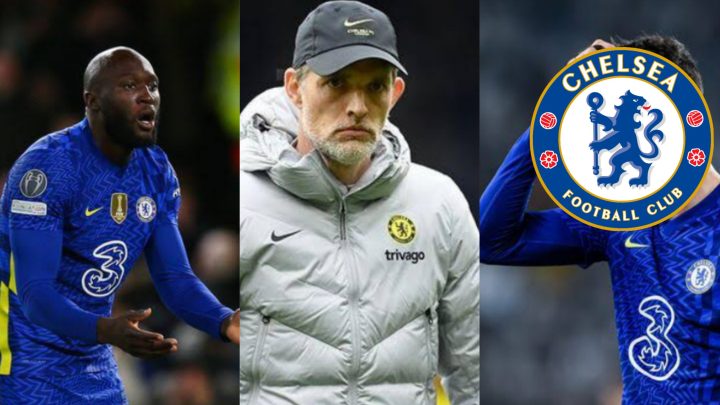 Chelsea’s attacking issues never began and ended with Romelu Lukaku. That has always been a very simplistic way of looking at a wider issue that spans several years and coaches at the club.

Since that interview in December and months of disappointing displays, it has become very easy to pin all of Chelsea’s problems on the maligned Belgian, even for goals the team are conceding, when he’s at the other end of the pitch.

But as proven in the previous three games against West Ham, Manchester United and Everton – the issues of Chelsea’s profligacy up top go beyond Lukaku.

Since late February, Thomas Tuchel has chosen Kai Havertz as his main centre forward, and it was only against Arsenal that Lukaku’s wait for a Premier League start ended. A run between mid-February and late April that lasted five league games.

In that time, Havertz has shown an improvement in his ability to lead the line. Doubling his league total a the time against Burnley, then adding another two in the wins against Norwich and Newcastle.

The German’s pressing and chemistry with his fellow teammates seemed to have resolved the months of Lukaku being isolated at the centre of an underperforming attack. Chelsea seemed more fluid and confident moving into the decisive run of the season.

But a combination of Havertz being worn out by little rest, or his own frailties in front of goal, old issues have arisen, and the finger this time cannot be solely pointed at the £97m man. Havertz at Goodison was outmuscled and drawn into fights with Yerry Mina. This duel disrupted Havertz’s focus, his silly yellow card in the second half summing up the afternoon for Chelsea.

“He needs to fight back into his shape,” Tuchel noted after the draw with Manchester United last Thursday.

“The guys are still young up front, and we will not start pointing fingers because lately, they have been very, very composed and very efficient in front of goal. Against Southampton and in the win at the Bernabeu, we took our chances very well and very precisely.

“When we look at the data and think about who plays and who does not play, we see a huge amount of intensity and sprints from Kai and Timo (Werner). So they don’t arrive fully, fully fresh at the moment in these matches, and that’s why we will always protect them because it’s a team game we play, and we demand a lot off the ball to have high recoveries.”

Those high recoveries are essential to the way Tuchel aims to play and something Lukaku has shown an inability to replicate when trusted from the off. The decision to not use Lukaku at all at Goodison probably signals more than just a lack of trust or, as Tuchel claimed after the game, “We only had three changes” from the bench.

The attacking headache isn’t ideal ahead of a defining summer where the next Chelsea owner will have some major transfer calls to make on the current squad.

Resolving the awkward situation with Lukaku, the record-breaking signing is increasingly becoming an isolated figure, booed by sections of his own crowd against Arsenal and woefully short of confidence. The Arsenal game did feel like a point of no return, but even if Lukaku leaves, what happens next?

Few can honestly proclaim the Blues’ current attack is anywhere near faultless nor trustworthy enough to produce the numbers required to compete for a league title. As we saw on Sunday, if you take Lukaku out of the picture, harsh light is directed towards Havertz, who simply isn’t performing.