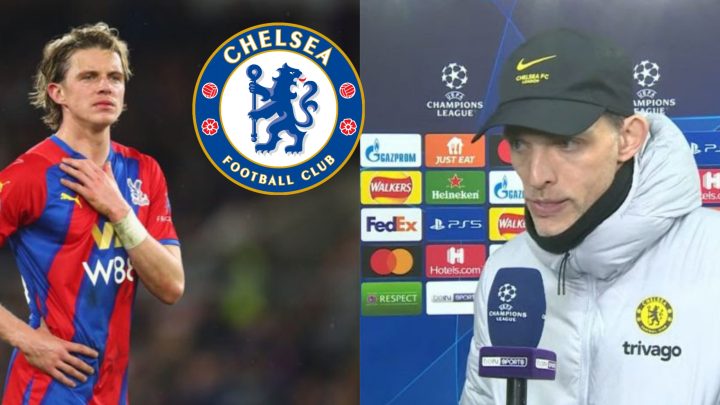 Thomas Tuchel believes Conor Gallagher can be integrated into the Chelsea first-team squad ahead of next season, but only after discussions have been held in the summer with the academy graduate over his role and future at Stamford Bridge.

During his season-long loan at Crystal Palace, Gallagher has blossomed into one of the Premier League’s standout performers – who Chelsea will face in the FA Cup semi-final on Sunday. The midfielder has struck eight goals and registered five assists for the Eagles this term but is unable to take part at Wembley this weekend due to the conditions of his loan move.

That is a source of disappointment for Gallagher. No surprise, given a place in the FA Cup final is at stake. Yet he has certainly done enough across the current campaign to catch the eye of Tuchel, who may have to refresh his midfield this summer with both N’Golo Kante and Jorginho in their thirties and out of contract at the end of next season.

Chelsea travels to Wembley on Sunday off the back of their valiant Champions League quarter-final elimination against Real Madrid. The Blues produced a hugely impressive performance in the second leg at the Bernabeu on Tuesday to win 3-2 at the home of Los Blancos, but it wasn’t enough to secure a place in the semi-finals, having lost the first leg at Stamford Bridge 3-1.

However, Tuchel believes the bittersweet victory in the Spanish capital can prove an important learning experience for his players, many of whom hadn’t previously played at the home of Real Madrid. The Chelsea head coach explained: “After they (Real Madrid) made it 3-1 [in the Bernabeu], the stadium was fully on, and I’ve seen many teams collapse under these circumstances. Think about the last round [against PSG] and through all the years – once they have their goal and the stadium is on fire and so loud, I’ve seen many teams collapse.

“We didn’t. We started again straight away to attack and play for the fourth goal. So I’m convinced it’s a huge experience for our players. We had a lot of players who played for the first time in this stadium, and to react like this, to play a match like this, was outstanding.

“But we have to deal with the strange feeling that we are not in the last four. Otherwise, it would’ve been nothing but a huge boost for us. So there are things to digest, but that is the way it is at the highest level in sport. We will learn from it, and the players will learn from it. I think they are aware, in terms of performance, investment and discipline, it was a top-level performance.”

Tuchel added: “I think it helps that we go to Wembley and that we have a knockout game in the FA Cup and something to fight for. So straight away, the next big challenge, and we’re so close to a final and another title we fight for. I think that helps to shift the focus because we were in [last year’s] FA Cup final, and we were in the Carabao Cup final, but we lost those. So we still feel we have something to prove and fight for.”