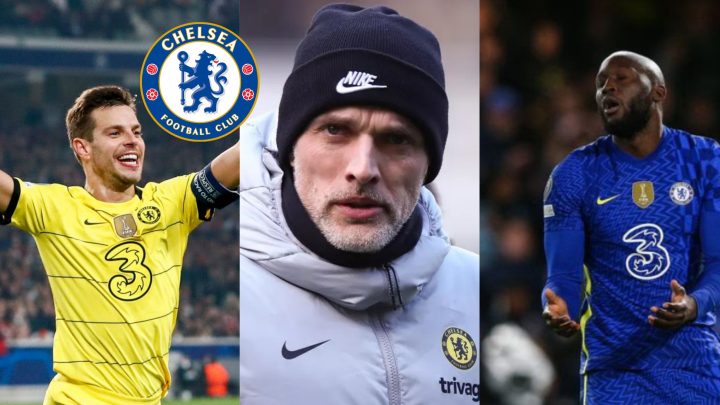 Romelu Lukaku is out of Chelsea’s clash against Real Madrid through injury, while Cesar Azpilicueta will travel with the squad to Spain for Tuesday’s Champions League quarter-final tie.

The Blues need to overturn a 3-1 deficit to book their place in the semi-finals of the competition after a Karim Benzema hattrick built up a big lead for Carlo Ancelotti’s side last week.

Chelsea bounced back from their European defeat, beating Southampton 6-0 at St Mary’s over the weekend.

But neither Lukaku or Azpilicueta were included in the Premier League matchday squad against the Saints.

Striker Lukaku is still suffering with pain in his Achilles and will not make the trip to the Bernabeu.

However, club captain Azpilicueta, who tested positive for Covid before the clash against Southampton, has now tested negative multiple times and is in the squad to face Madrid.

‘Callum Hudson-Odoi is still out, Ben Chilwell still out, Romelu Lukaku will not travel with us due to his pain in the Achilles,’ Tuchel told reporters on Monday.

‘Azpilicueta has tested negative several times and is in the group. Ross Barkley is sick and will not travel.’

In terms of his side’s chances of turning the tie around, Tuchel said: ‘Not the biggest chance given the first game’s results and given the competition and the opponent and the stadium.

‘We never manage our input by the chances we have for our result.

‘It is unlikely but it is worth trying and trying means that we will play to our fullest and to our full limit. This is what it is, it is a big night.’