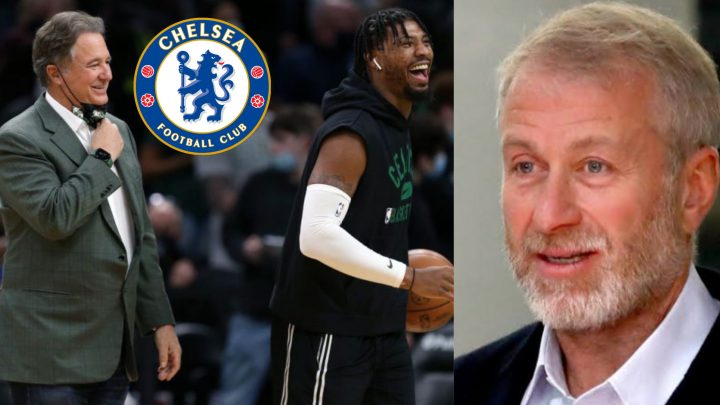 There are four shortlisted bidders to buy Chelsea now and Roman Abramovich must whittle them down just just one final group who will get the club ownership.

Abramovich wants to make sure that the club goes to the right group and a group that will take them further with success and keep them challenging at the top.

The latter has broken his silence now with a full official statement, as reported by Si & Dan Talk Chelsea.

Pagliuca is certainly saying all the right things, including his guarantees to Chelsea fans. He also says that he usually prefers to operate in silence, but he has decided it was a good idea to speak out finally on his bid to buy Chelsea.

“Throughout my life and career, my ethos has always been to operate quietly, with integrity, and let my actions and results speak loudly.

“However, it is imperative to clarify and assure supporters about our bid group and its commitments, to emphasize how seriously we take our potential responsibility to Chelsea.

“We expect will meet the respective requirements and regulations of the Premier League, UK Government and UEFA – and we pledge to honor our commitment to credibility and good guardianship of Chelsea Football Club from day one.

“Having witnessed a great 6-0 win against Southampton last week, I hope to see a comeback for the ages against Real Madrid in the quarter-final second leg.

“Our first focus and goal is to make strategic investments to continue competing for championships and trophies.

“We will support our players and managers to make sure that Chelsea are habitual winners and title contenders, whether in the Premier League, Champions League or the Women’s Super League [the only Super League we intend competing in, for the record].

“In addition, we will continue to invest in the youth academy to develop the stars of the future and we would not be in this process if we did not have an exciting and inclusive vision for Chelsea.

“In over 20 years of ownership of the Boston Celtics, we have not once considered changing the name, colours, or logo of the club. This is our guarantee to Chelsea fans.

“Our third focus will be having a significant positive impact in the community.

“We believe passionately that clubs have a social responsibility and we will continue to support The Chelsea Foundation and its impressive work in education, health and wellbeing, and diversity and inclusion both locally and globally.

“Chelsea should be the Pride of London for its on and off-field accomplishments.

“It has fans all over the world and we will not tolerate bullying, antisemitism, racism, or any other form of hateful speech – and neither should our fans.”