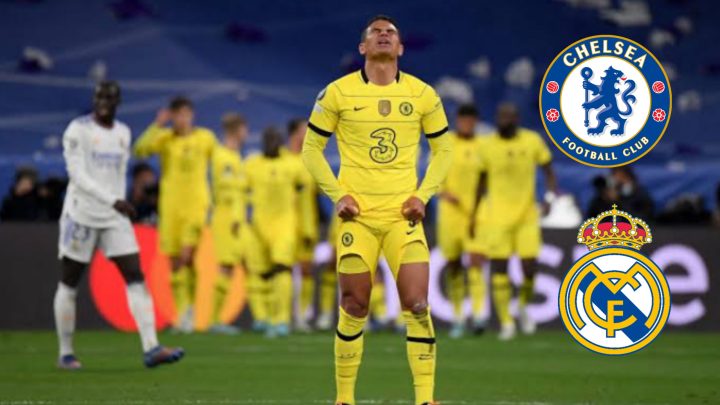 Thiago Silva has finally responded to Chelsea’s Champions League exit at the hands of Real Madrid.

Three days have now gone past since the Blues were heartbroken at the Bernabeu.

After turning the tie completely on its head, Thomas Tuchel’s men surely believed they had secured their place in a second successive European semi-final.

Goals from Mason Mount, Antonio Rudiger and Timo Werner flipped the aggregate scoreline from 3-1 to 4-3 in just 75 minutes.

Madrid, of course, had other ideas.

The story in Spain

Rodrygo’s delightful volley in the closing exchanges of the match gave Carlo Ancelotti’s men a lifeline they didn’t really deserve on the night.

With half an hour added on to normal time, the Spanish side clearly sensed an opportunity to strike their weary guests.

On the rare occasion Vinicius Junior managed to escape the attentions of Reece James, he delivered a cross onto the head of Karim Benzema, who did the rest from there.

The La Liga leaders just crossed the line in first place, but the gold medal should’ve gone to Chelsea.

They outfought, outthought and outplayed Madrid for well over an hour, majorly unfortunate not to seal the victory in Spain.

Sorrow and sadness for Silva

Pretty much every player performed out of their skin, including Silva, who along with Antonio Rudiger played terrifically at the back.

The 37-year-old Brazilian might not have many more chances at lifting the Champions League, which probably made Tuesday’s defeat even more damaging.

These last two days have been very hard. Despite the disappointment, I'm very proud of our team, the ability to overcome obstacles and move forward. Come on @ChelseaFC !! We still have a lot of work ahead, always with a lot of courage, determination and respect for this jersey 💙 pic.twitter.com/5A9B3Lb96I

Sadly for Silva and the squad, they let themselves down in the first half of the first leg at Stamford Bridge.

Benzema scored twice in 270 seconds and then again moments after the interval.

Had Chelsea avoided allowing the Frenchman the freedom of the box, they might be home and dry right now.