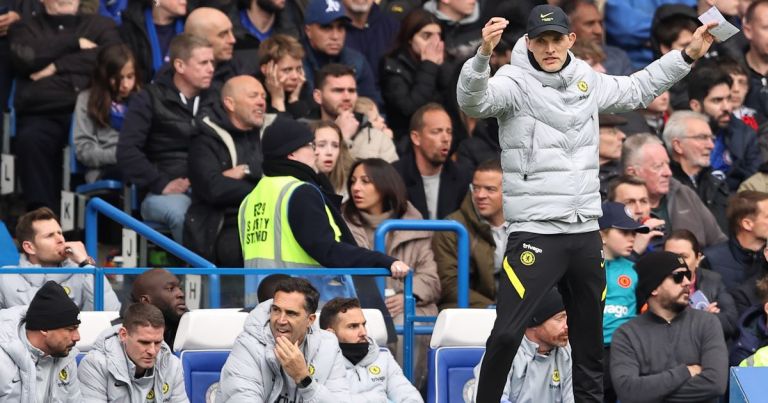 Thomas Tuchel possesses a Chelsea squad that is the envy of many clubs across Europe. It’s one packed full of quality and experience – the majority of the players are reigning European champions let’s not forget. Yet even the Blues head coach has his tried and trusted stars, the key men he will turn to on the bigger occasions.

And they don’t get much bigger than a Champions League tie against Real Madrid. The Blues will welcome Los Blancos to Stamford Bridge tomorrow for the first leg of their quarter-final. The return fixture will take place less than a week later at the Santiago Bernabeu and Chelsea supporters will hope their side travel to the Spanish capital with a lead.

That will not be easy. Tuchel has already accepted as much. “The challenge cannot be much higher than playing the second leg in the Bernabeu with spectators,” the German said after the draw was made. “It is a big challenge and also there’s big excitement around this match and fixture. We know what is coming and it will be a tough challenge.”

Chelsea faced Real in last season’s Champions League semi-finals and ran out 3-1 winners on aggregate. Were it not for some lax finishing from the Blues, the scoreline could’ve been far more emphatic. However, that experience is one that the Blues will lean on over the next week. They know how to get the job done.

Tuchel will, of course, make tweaks to his Chelsea set-up but he isn’t likely to reimagine his tactical approach for the visit of Carlo Ancelotti’s side. And that will mean there are several players who are untouchable in his 3-4-2-1 system. Here, we pick out seven players who are expected to be deployed tomorrow evening.

That the Senegal international conceded four goals against Brentford at the weekend will not put his place under threat – and especially given his Champions League form. Mendy has made 19 appearances in Europe’s premier club competition and kept an astonishing 14 clean sheets.

The defence in front of the Chelsea goalkeeper has, of course, played its part in that record but it shouldn’t be forgotten that in last season’s semi-final second leg between the Blues and Real Madrid at Stamford Bridge, Mendy produced a fine one-handed stop to deny Karim Benzema. The 30-year-old has certainly made his mark in the Champions League having only made his debut in the competition in 2020.

In contrast to Mendy, Silva will make his 96th Champions League appearance if he is selected against Madrid tomorrow night. The majority of those came during his time at Paris Saint-Germain, but it is with Chelsea that the Brazilian finally managed to get his hands on the big-eared trophy.

“I think that only those who have lifted that trophy knows how it feels,” Silva said in an interview with the Blues’ in-house media this week. “Going back to a Champions League final and winning that long-awaited title where I spent one of the worst moments of my life, it certainly made me emotional.”

At the age of 37, Silva is in the twilight of his career. Yet that hasn’t shown in his performances this season. The centre-back has been near flawless and will almost certainly be used in the middle of Tuchel’s back three, which the German is expected to revert to after his four-man defence was opened up against Brentford.

Chelsea’s aggressive leader has played more football than any other member of Tuchel’s squad this term; Rudiger’s total of 3,990 minutes is far above that of Edouard Mendy (3,329) and Thiago Silva (2,992). And the German centre-back will likely pass the 4000-minute mark against Real Madrid tomorrow.

Rudiger wasn’t at his best against Brentford on Saturday (despite his 40-yard wonder strike) but has proved himself one of the most reliable defenders in European football under Tuchel – and that is despite playing the entirety of this season with continued uncertainty over his future.

“This situation is the situation at the moment, our hands are tied,” Tuchel said last week over Rudiger’s future. “We cannot speak or negotiate with him and his agent [because of the government sanctions]. Fair enough if it’s true that he listens to other offers. That’s the way things go but I am still confident [he stays].”

The last three months have not been easy for the academy graduate. Injuries have restricted him to just four appearances since the turn of the year, the latest of which came at the weekend against Brentford. James was brought off the bench for the final 35 minutes by Tuchel as Chelsea chased the game. He was first used at left-back and then right wing-back; it wasn’t the ideal return.

Yet the fact that James didn’t start against the Bees – despite Tuchel stating pre-match the 22-year-old was “ready to go” – was a good indication that he was being saved for Real Madrid. The England international didn’t start either of the semi-final legs against Los Blancos last season and will be hopeful of putting that right when Carlo Ancelotti’s side visit Stamford Bridge this time around.

The Frenchman hasn’t quite been at his best in 2022 and that has led to some debate as to whether he should start tomorrow evening, but Kante is one of Tuchel’s most trusted players and a man who thrived in the Champions League knockout stage last season.

Kante produced outstanding performances over both legs of last season’s semi-final against Madrid. He ran Toni Kroos, Luka Modric and Casemiro ragged. A repeat display tomorrow evening would almost certainly put Chelsea on the path to the last four once again.

The big question is perhaps who is deployed alongside the Frenchman with both Mateo Kovacic and Jorginho in contention. The latter twice got the nod last season and was rested at the weekend, but Kovacic has been one of the Blues’ most impressive performers this term.

Similar to Kante, Mount hasn’t produced his very best form in recent weeks. Yet he has continued to make an impact in the attacking third and has claimed three assists in his last three matches. At the weekend, Mount was used as a number eight in a three-man midfield. That is unlikely to be the case against Madrid.

He was named in the front three for both legs of last season’s semi-final and got on the scoresheet in the win at Stamford Bridge which sealed Chelsea’s place in Porto. Yet it was his energy and work rate that stood out in those fixtures as he helped the Blues steamroll the Real midfield and creaky backline. A repeat will be required this time around.

There were very few players to come away with credit after the weekend defeat to Brentford, but Havertz was one. “I felt he was our strongest player,” Tuchel stated after watching his side concede four second-half goals. “I think he worked like an animal and was very dangerous. I am very happy with his performance in particular.”

Having seen off the challenge of Romelu Lukaku, Havertz has established himself as Chelsea’s first-choice number nine in recent weeks. He has scored six goals in his last nine games across all competitions for the Blues and his off-the-ball work has been consistently highlighted by Tuchel before and after matches.

And it’s that which will almost certainly guarantee Havertz a start against Madrid. He was excellent in the second leg at Stamford Bridge and was instrumental in Timo Werner’s opener. The German is unlikely to be paired with his compatriot this time around but should be tasked with leading the attack once again.