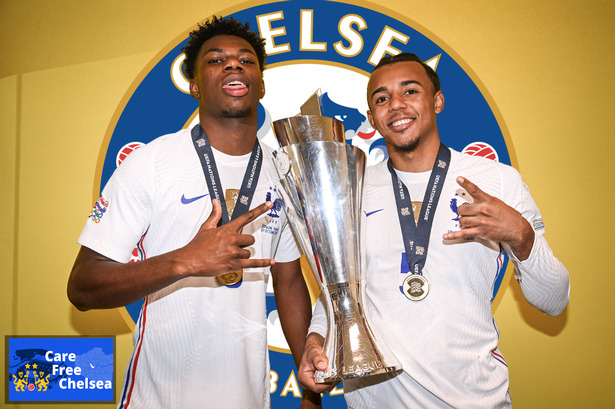 If everything goes to plan, Chelsea Football Club will have a new owner before the end of this season. Like we saw at Stamford Bridge almost two decades ago when Ken Bates sold the club to Roman Abramovich, a new era is set to begin.

As supporters hope a suitable buyer is selected to move the club into a positive future, they will quickly be thrust into the potential chaos of a summer transfer window.

We had it confirmed by the Premier League on Thursday that this summer’s window will open on 10 June and will close at 23:00 BST on 1 September in line with other European leagues.

So without the knowledge of who will actually own Chelsea or what this predictably unpredictable club will face next, let’s try and predict some of the big moves of this upcoming window.

With the hope Chelsea’s previous targets remain on the wishlist and all this madness hasn’t accidentally put it into the club shredder, the need for a new central midfielder has been clear for some time now.

Both N’Golo Kante and Jorginho are about to enter the final year of their current contracts, a decision will have to be made over both. Having to also address the need for a more defensive-minded midfielder Chelsea has lacked since 2017 when Nemanja Matic left.

The two clear targets here are Monaco’s Aurelien Tchouameni and West Ham’s Declan Rice. Both have been on the club’s radar for some time but Tchouameni might appear more realistic with West Ham’s steep asking price for their English star.

The top transfer priority should still be a central midfielder and Tchouameni’s growth this season makes him a no-brainer.

A deal that could have happened last summer felt an inevitability this year before the club’s sanctions and change of ownership.

The French defender had been tracked by Chelsea for some time and it appears the failure to secure his signature in 2021 has not halted the European Champions’ pursuit.

There are reports coming out of Spain that Sevilla is resigned to the reality that they will have to sell this summer and with Chelsea potentially losing both Antonio Rudiger and Andreas Christensen, the need for defensive reinforcement is clear.

Jules Kounde should become a Blue in 2022.

There are a few current Chelsea players who could be heading for the exit door this summer, but Timo Werner feels like the most obvious.

Struggling to adapt to English football, having only one Premier League goal to his name this season and recently going 89 days without a league start under Thomas Tuchel, the writing appears on the wall for Timo.

Loved and continually supported by the Chelsea faithful, Werner has struggled to live up to the grand hype of his £50m arrival in June 2020. Recent reports have suggested Werner’s agent is in talks with Borussia Dortmund to help the forward return to the Bundesliga.

This move seems the best option for the club and player, Timo’s personality will be missed but his performances have been hard to defend this season.