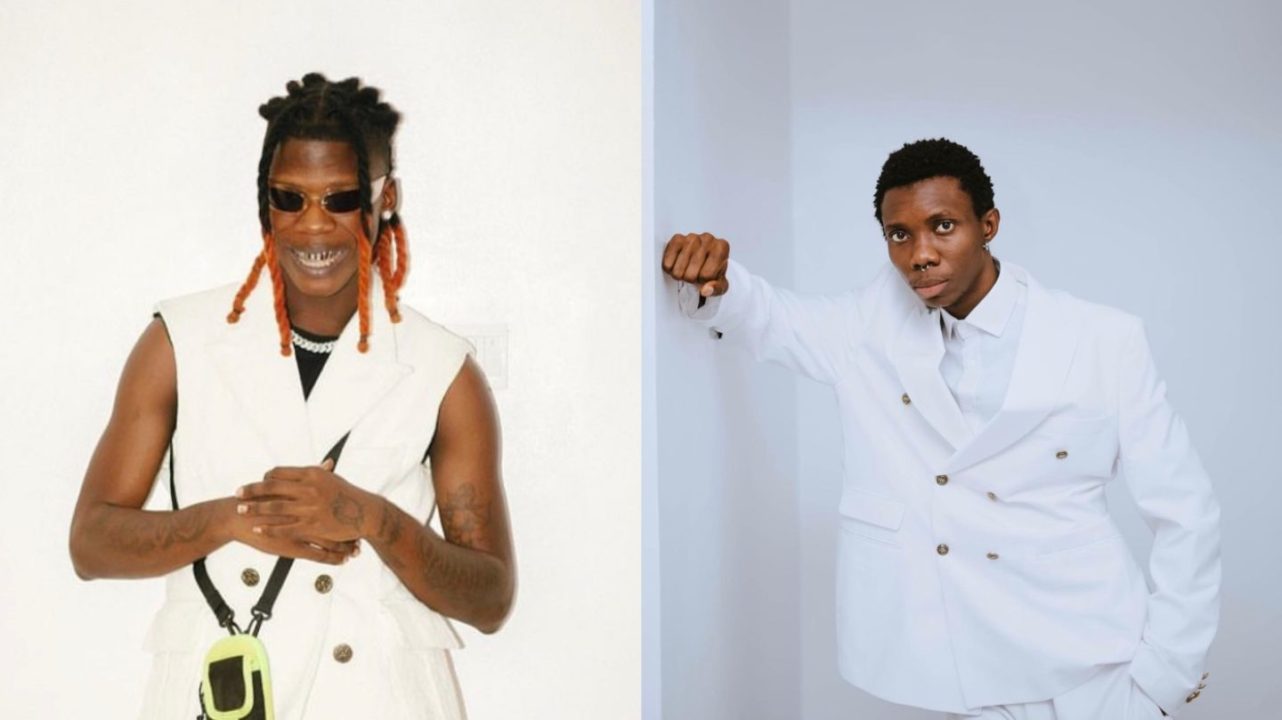 Seyi Vibez whose “Billion Dollar Baby” is currently the number one album on the Nigerian Apple Music album chart few hours after its release had noted his achievement with a tweet packed with a message to Blaqbonez.

Seyi Vibez had put out his debut album,”Billion Dollar Baby“ on the 2nd of November featuring Simi and Mayorkun as a follow up to his debut EP, NSNV which was released last year. 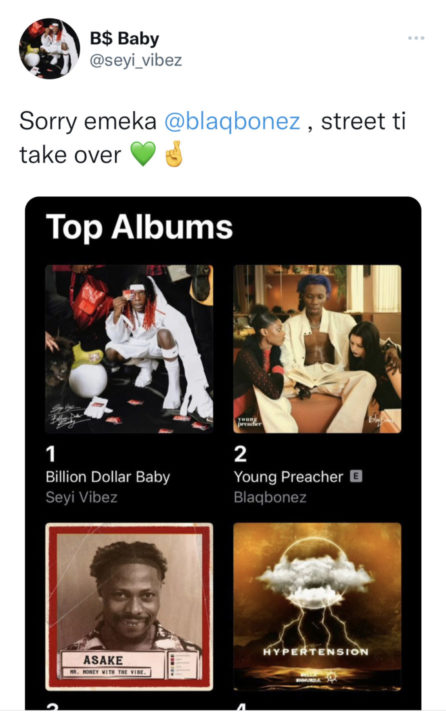