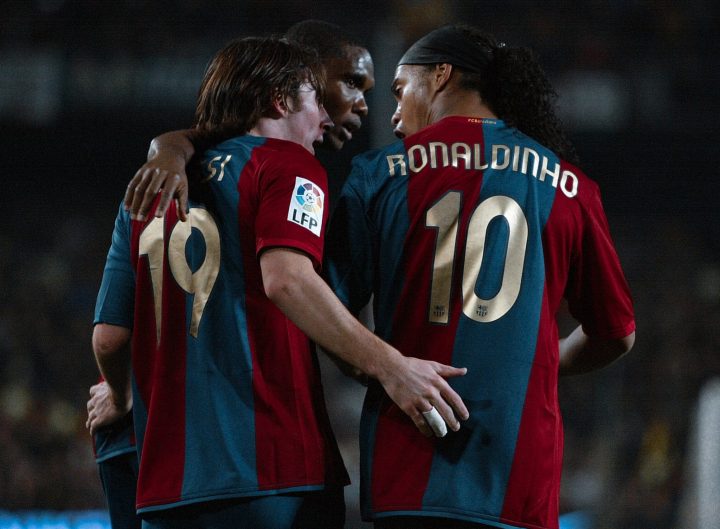 While in Barcelona at the unveiling of a new blockchain-based football game, legendary winger Ronaldinho spoke to Mundo Deportivo about the ongoing resurgence of FC Barcelona and what all is in store for the club.

The Brazilian was full of praise for Xavi, overseeing this challenging period of transition but is passing his biggest managerial test with flying colours. The team has seen a remarkable turn in form, mentality and morale.

“I’m very happy for Xavi and for everything he’s doing, I hope he can give the Barça fans a lot of joy,” said Ronaldinho.

The 42-year-old also touched upon two key players in Xavi’s new project, Ousmane Dembele and the fantastic Pedri Gonzalez. He sees the two as critical pillars for Barcelona in their quest to return atop the footballing pyramid.

“Hopefully, Pedri can mark an era. He has a lot of quality and he is showing it,” the club legend said, highlighting how Barcelona were in a tough spot when he started playing for them, and now Pedri can similarly play a vital role in another rise.

As for Dembele, the Ballon d’Or winner prompted the Frenchman to stay, claiming there is no better place to be: “Barça for me is the best club in the world and few players can say that they play for Barça, it’s one of the best clubs to play for.”

He even spoke about the possible arrival of another exciting Brazilian winger in Leeds United’s Raphinha, who has been heavily linked to the club as a replacement for Dembele if the Frenchman leaves.

“I would like him to come, he has a lot of quality. He would fit in La Liga and if he comes, it would be good for Barça,” he said.

Ronaldinho even spoke about Messi’s departure from the club last summer, which came as a shock to most of the footballing world: “It was a surprise when Messi left Barça but he is a great friend and the important thing is that he is happy and well. It doesn’t matter where if he’s happy.”