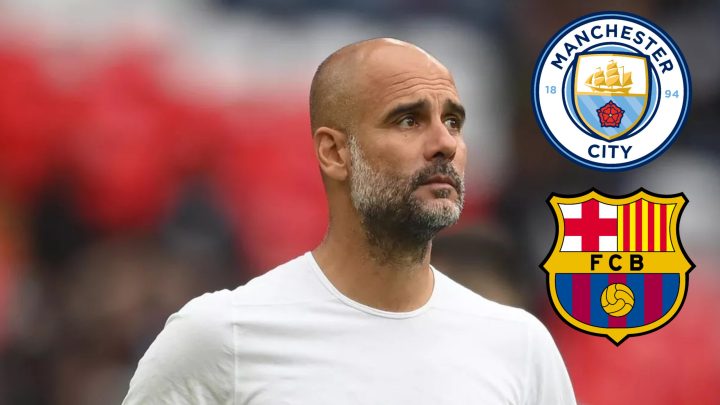 Pep Guardiola has been one of the best managers in world football ever since his breakout at FC Barcelona more than a decade ago. He had won 16 major titles with the Catalan club before leaving in 2012.

Guardiola then went on to manage Bayern Munich before ending up at Manchester City in 2016. He has been at Etihad for almost six years and has played a key role in helping the Sky Blues emerge as one of the best teams in world football.

In a recent interview, Guardiola has opened up about his love for Barcelona and the close relationship he has with the club and the city.

“I have to admit I am Barcelona. Barcelona is part of my life. It was a ballboy, it was a teenager. Barcelona as a club with my heart,” said Guardiola (h/t Marca), who had made 384 competitive appearances for Barça during his playing days.

“I am sorry but it is what it is. Barcelona is special for me. It’s my home, (it) gave me the opportunity to be a player, a football manager, I grew up there.

“All the education through sport given to me and my family came from Barcelona,” he added.

Guardiola compared his Barcelona stint to his current one at Manchester City, highlighting how much he has improved over the past decade.

“When I was in my early years in Barcelona, I was more anxious about everything, more sensitive for everything,” he admits. “Now I handle situations a little bit calmer.

“I’ve learnt a lot at City. I’m a completely different manager and I feel I’m a better manager than when I started out because of the experiences,” said the Catalan (h/t Sky Sports)