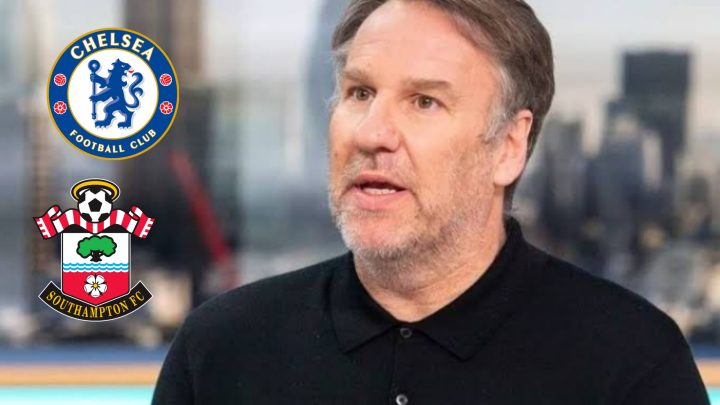 Paul Merson is backing Southampton to “compile Chelsea FC’s misery” by holding the Blues to a 1-1 draw at St Mary’s on Saturday afternoon.

The Blues have endured a tough week that started with a surprise 4-1 loss to Brentford at Stamford Bridge to cut their cushion to five points over fourth-placed Tottenham Hotspur and Arsenal in the race to secure a place in next season’s Champions League.

Thomas Tuchel’s side suffered back-to-back defeats in front of their home supporters on Wednesday night after Karim Benzema fired Real Madrid to a 3-1 win in the first leg of their Champions League last-eight tie.

Chelsea FC’s surprise loss to Brentford ended a five-game winning run ahead of their trip to the south coast to face a Southampton side that have only lost three times at St Mary’s in the 2021-22 campaign.

The Saints have struggled in the past few weeks following a return of one point from their past four Premier League games to leave Ralph Hasenhuttl’s men in the bottom half of the top-flight table.

Former Arsenal midfielder Merson is predicting that Chelsea FC will drop points in a 1-1 draw with Southampton at St Mary’s on Saturday afternoon.

“What a week it’s been for Chelsea, they are in serious disarray after losses against Brentford and Real Madrid across two competitions,” Merson told Sportskeeda.

“Southampton are a half-decent team and will always have a go regardless of who they face, so I think they can compile Chelsea’s misery this weekend.”

Merson added: “At the moment Chelsea are safe in third place, but if they drop points once again and Arsenal beat Brighton, it could turn out to be a problem for them. Spurs also have a decent run coming up, so you never know.”

Chelsea FC were 3-1 winners in the reverse fixture against Southampton at Stamford Bridge back in October thanks to goals from Trevor Chalobah, Timo Werner and Ben Chilwell.

The Blues will take on Real Madrid at The Bernabeu in the second leg of their Champions League quarter-final on Tuesday night before their FA Cup semi-final against Crystal Palace next weekend.