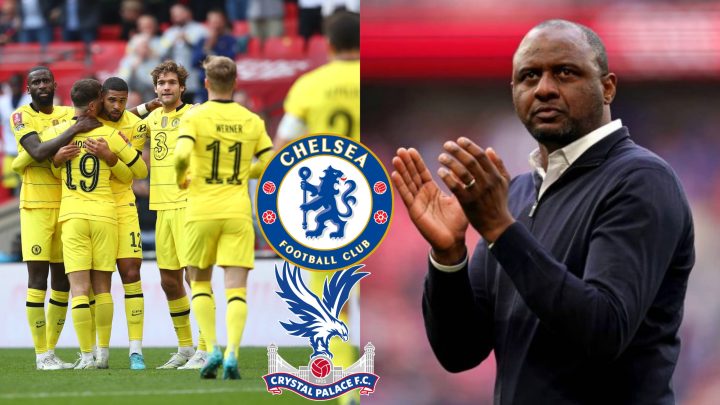 Patrick Vieira has revealed the main reason for Crystal Palace’s 2-0 loss at the hands of Chelsea on Sunday afternoon.

The Eagles were looking to make their first FA Cup final since 2016, and just the third in the club’s history, by beating Thomas Tuchel’s side. However, they were knocked out in the last four after goals from Ruben Loftus-Cheek and Mason Mount.

Vieira’s men had the only real chance of the first half when Cheikhou Kouyate volleyed at goal on his left foot. That shot forced a smart save from Blues keeper Edouard Mendy, who managed to push the ball away.

And Kouyate was at it again in the second half, towering above Mount from a corner. However, the Senegal international sent his header wide when he really should have hit the target.

Chelsea showed their quality after that, scoring two goals in 11 minutes. Joachim Andersen had a great opportunity to give Crystal Palace a lifeline late on, only to see his header go over the bar.

Palace ran out of steam and were beaten by Chelsea for the third time this campaign – our Player Ratings are available here.

And Vieira says the missed chances were key in deciding Palace’s fate.

During a post-match interview with ITV (via BBC Sport), the Frenchman said: “I don’t know if it was a fair reflection [a 2-0 loss], in the first half we frustrated them a lot, we had chances and in the situation we could have played them better. Against these teams it is about taking your chances – we didn’t and they did.

“I believe these sorts of games with a lot of tension will make us a better team. We had chances but didn’t score but we also didn’t give the ball at the right time sometimes.

“We just have to keep going. This is the kind of game the players, manager and the club wants to get involved in. We have to keep building the team and working well.

“The fans were unbelievable today and thanks again to them for their support.

“We were close but there is still a big gap between Chelsea and ourselves.”