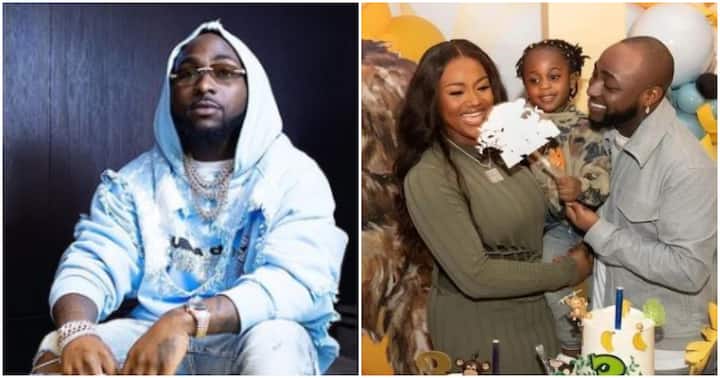 Ifeanyi Adeleke, the son of Nigeria’s music star, David Adeleke aka Davido, whom he had with his partner, Chioma Rowland, died on Monday.

The sad incident in coming a few days after the family celebrated the young boy’s third birthday on October 20.

Though details were still sketchy as at the time of this report, it was gathered that Ifeanyi drowned in the family’s swimming pool at their home in Banana Island.

He was said to have been under the water for a long time before he was discovered and rushed to an hospital in the Lekki area of Lagos State, where he was confirmed dead.

Rumours took over social media, but a post from actor Williams Uchemba confirmed that Davido has indeed lost his heir apparent.

“The actor urged Nigerians to pray for the couple so that they get the strength to go through this difficult time.”

Reports also indicate that Davido and the boy’s mother, Chioma were away on an outing, while the boy was left in the care of his minders when the unfortunate incident took place.

The music star was seen in earlier videos trending on social media teaching his son how to swim.

In one of the videos, Davido was seen inside the big pool in his mansion with Ifeanyi.

He carried the three-year-old boy and made him flap his legs in the water while he gave him instructions on what to do.

The singer later carried his son around in the pool as the boy continued to flap his legs.

Davido and his partner, Chioma celebrated the boy’s third birthday in a grand style a couple of days ago.