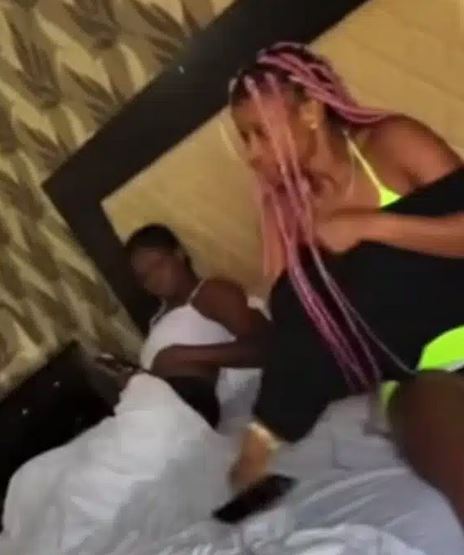 A video captures the moment a woman confronts her best friend for allegedly having sex with her husband.

In her video, she asked why she was picking up her boyfriend’s phone number in front of her, and she followed him to his apartment.

The friend said in her defense that they never collected his number and that they knew he was her friend’s husband so they did nothing.

Her friend asked her why she betrayed her trust by dating her husband, as she did not believe this at all.

Her friends kept pressuring her to reassure her that nothing had happened. And when prosecutors learned she was staying at his house, the friend said she was just talking.

Watch The Video Below: