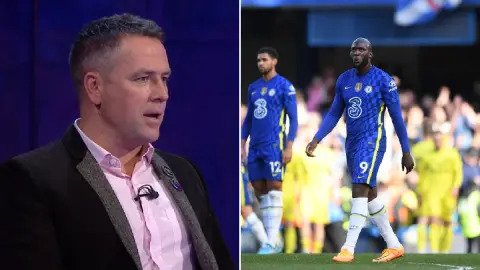 Former England striker Michael Owen has warned Chelsea that a top-four finish is not guaranteed after their shock Premier League defeat to Brentford.

Thomas Tuchel’s side conceded three goals in the space of 10 minutes during Saturday’s 4-1 defeat to west London rivals Brentford.

The European champions took the lead shortly after half-time through Antonio Rudiger, who rifled home a superb effort from long-range.

But Brentford, who had not beaten Chelsea since 1939, equalised through Vitaly Janelt and then went ahead as January signing Christian Eriksen scored his first goal for the club.

Janelt added a third for Brentford at a shell-shocked Stamford Bridge and Yoane Wissa completed a famous win for Thomas Frank’s side late on.

Chelsea’s heavy defeat ensures they stay third in the Premier League but fail to extend their five-point lead over fourth-placed Arsenal, who have a game in hand.

Tottenham and Manchester United, in the chasing pack for a top-four finish, are both eight points behind Chelsea with nine games remaining.

Reacting to Brentford’s stunning win over Chelsea, Owen told Premier League productions: ‘Who would have believed that?

‘Chelsea, in good form in the league, losing to Brentford. All of a sudden, you look at the league table and now you think, “are Arsenal going to catch them?”’

Former Chelsea star Shaun Wright-Phillips added: ‘It took us all by surprise, I’m still amazed by it. But Brentford played fantastically well.’

Tuchel was also taken aback by Chelsea’s collapse and admitted his team ‘stopped defending’ as Brentford came from behind to boost their survival hopes.

‘Nobody saw it coming, especially after going 1-0 ahead,’ Tuchel said. ‘It was very untypical of us.

‘But we stopped defending. We were not aware of enough of the danger, were sloppy with the defending and got punished.

‘They made the most of it in those 10 minutes. Right after their third goal we had 10 minutes where we had big, big chances and we missed them.

‘They were lucky and clinical enough to get three goals. We did not defend like it is needed to in the Premier League and got punished.’