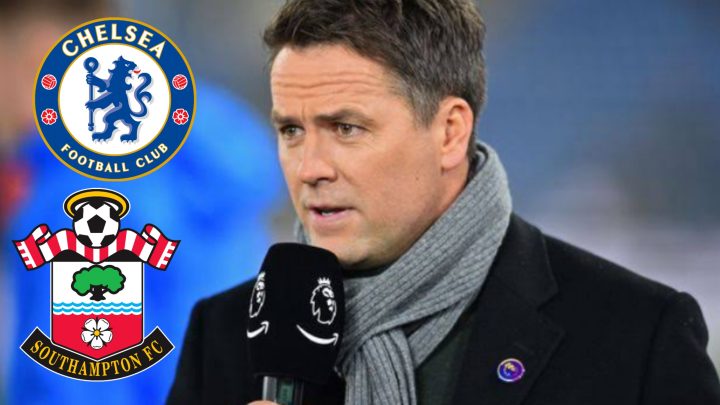 Michael Owen is backing Chelsea FC to bounce back from a difficult week by claiming a 2-1 victory at Southampton in the Premier League on Saturday.

The Blues suffered a disappointing 3-1 loss at home to Real Madrid in the Champions League on Wednesday night to leave them fMichael Owen reveals his prediction for Southampton vs Chelseaacing an uphill battle to secure a spot in the semi-finals.

Thomas Tuchel’s men also slumped to a surprise 4-1 loss to Brentford at Stamford Bridge in the Premier League last weekend to dent their hopes of finishing third in the table.

The south west London side started the weekend in third place in the table and five points ahead of Tottenham Hotspur in fourth as they look to cement a top-four finish this season.

Recent history does not favour Southampton heading into this game, with the Saints having taken just one win from their last 12 Premier League games against Chelsea FC.

The Blues are also unbeaten in eight trips to St Mary’s and will be looking to claim an important victory to get their campaign back on track.

Writing in his column for BetVictor, Owen said: “It’s been a difficult few weeks for Southampton but they got a point at Elland Road, thanks to their talisman, James Ward-Prowse. We all know how good a set piece-taker he is, but the consistency at which he is scoring from them is unbelievable.

“Thomas Tuchel was far from happy with the performance against Real Madrid. After that defeat by Brentford last week, there’s some pressure on this side now. I think we’ll see a response from Chelsea here though.

“I don’t think much will split these two, but I think Chelsea will edge it. I’m going for 2-1.”

Chelsea FC – who have suffered defeats in their last two games – have not lost three matches on the spin in any single season since October 2002 under Claudio Ranieri.

The Blues will head to Real Madrid for the return leg of their Champions League quarter-final clash on Tuesday night.