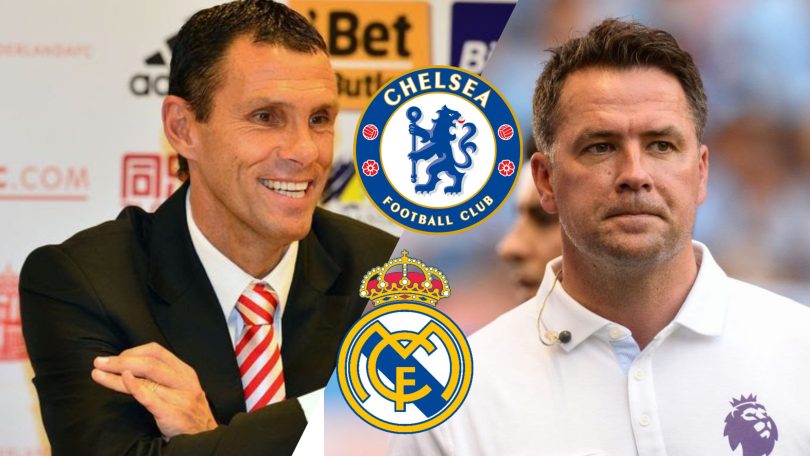 Michael Owen and Gus Poyet believe that Chelsea will beat Real Madrid in the first leg of their Champions League quarter final. The Blues welcome the Spanish giants to Stamford Bridge on Wednesday with the return leg taking place on April 12.

However, Thomas Tuchel’s side will need to produce a much improved performance from Saturday’s 4-1 home defeat to Brentford if they’re to take a lead to the Bernabeu. Despite the setback, Chelsea are handily placed to finish in the top four as they’re currently five points clear of fourth placed Tottenham with a game in hand.

The focus now switches to retaining their Champions League crown and Los Blancos will certainly provide a sterner examination than Lille who were easily dispatched 4-1 on aggregate in the last round.

Their opponents meanwhile came from behind in spectacular fashion to beat Paris Saint-Germain 3-2 over two legs. However, despite humbling defeat Tuchel’s side suffered at the weekend, Owen is backing the Blues to comfortably win the first leg.

“Another interesting tie, particularly with these two having met in last year’s semi-final,” Owen told Bet Victor. “Chelsea won 2-0 at Stamford Bridge in that tie, but it could have been four or five.

“Real looked slow and leggy in that tie, and I don’t see huge improvement in them. Benzema and Vinicius have been brilliant this season and they will be a threat. I’m going for Chelsea, though. 3-1.”

Former Blues midfielder Gus Poyet echoed Owen’s assessment and believes his old side will take an advantage to the Bernabeu next week. “Because the level is very even, I don’t think there will be much difference. I’m going with Chelsea,” he told Spanish publication AS.