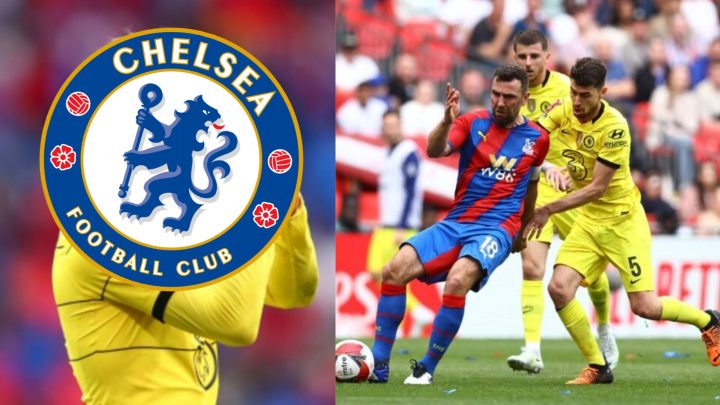 Chelsea midfielder Mason Mount has praised Timo Werner’s performance against Crystal Palace in Sunday’s FA Cup semi-final victory – though could not resist teasing the German after he failed to get on the scoresheet.

The Blues set up a rematch of the Carabao Cup final against Liverpool after a relatively routine victory over Palace, winning 2-0 thanks to goals from Ruben Loftus-Cheek and Mount.

Loftus-Cheek opened the scoring in the 65th minute with a fine strike – though it did take a slight deflection – before Mount effectively wrapped things up 10 minutes later after a neat team move.

Werner collected a crossfield pass and played a lovely ball into the feet of the England international, who slid the ball into the far corner to send Chelsea to Wembley next month.

After only scoring one Premier League goal prior to April, Werner netted twice against Southampton, scored and assisted against Real Madrid in the Champions League last week and was once again heavily involved against Palace in the semi-final.

He even earned the Man of the Match award for his display at Wembley and Mount was delighted for his team-mate, even if he did prompt chuckles on the Chelsea bench.

Asked about Werner’s performance, Mount told ITV Sport after the match: ‘He got me a little assist!

‘He’s brilliant, he’s done so well over the last couple of games.

‘You can see in the second half, he had a chance I think and he missed, me and Jorgi [Jorginho] were laughing on the bench, and he ran all the way back to the halfway line to win the ball back!

‘That shows what kind of player he is and what he brings to the team.’

On the performance as a whole and the contribution of Loftus-Cheek, Mount continued: ‘It is a game we used to bounce back. It was a very, very tough game. They made it very difficult for us. They have some top players. It wasn’t easy. The way we came through it we showed character.

‘I am buzzing for Rubes [Loftus-Cheek]. He is a top, top player. He comes on in a difficult game and steps up. He is dominant and the way he drives the ball forward helps us. He was brilliant today.’