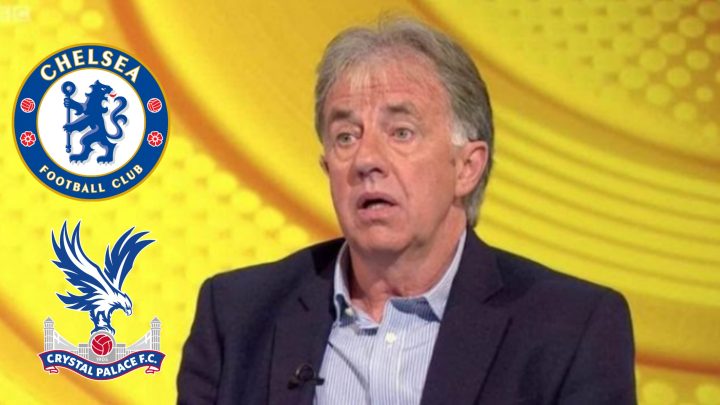 Mark Lawrenson is backing Chelsea FC to ease into the FA Cup final with a 2-0 victory over London rivals Crystal Palace at Wembley on Sunday.

The south west London side head into the game on the back of the disappointment of being knocked out of the Champions League on Tuesday night following their defeat by Real Madrid in the quarter-finals.

Chelsea FC must now turn their attentions towards the last remaining hope of winning a major trophy this season as they prepare to take on Patrick Vieira’s Palace side in north London.

Palace have been in good form lately and beat both Everton and Stoke City in order to reach the FA Cup semi-finals.

Chelsea FC, meanwhile, sealed their spot in the last four thanks to a 2-0 victory away to Middlesbrough in the quarter-finals.

Former Liverpool FC and England star Lawrenson believes that Chelsea FC will have too much for the Eagles on Sunday afternoon and he is backing the Blues to set up a final showdown at Wembley.

Writing in his column for BBC Sport, Lawrenson said: “Chelsea played so, so well on Tuesday against Real Madrid but still went out of the Champions League.

That performance told us a lot about the mentality of Thomas Tuchel’s side, though, and it helps them that things seem to be settling down in terms of what is happening to Chelsea off the pitch.

“They have got over the shock of the club being put up for sale and their futures being uncertain, and you just know they will be up for this tie after losing their European crown.

Crystal Palace are a talented and very energetic side, but their young players will need to handle the occasion at Wembley as well as deal with Chelsea. It’s a big ask.

“I think Tuchel will find a way to keep Palace’s front three quiet and, as we saw from the chances they created against Real, Chelsea look very dangerous when they come forward. I have a feeling they will get the job done.”

Chelsea FC are back in Premier League action on Wednesday night when they host London rivals Arsenal at Stamford Bridge.

After that, the Blues will prepare to welcome West Ham United to Stamford Bridge on Sunday 24 April.