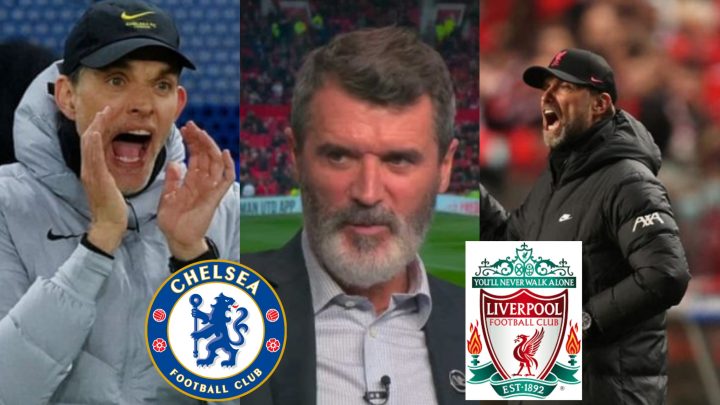 Roy Keane feels Liverpool will be the obvious favourites in the FA Cup final against Chelsea and that Jurgen Klopp even has a better squad at his disposal than Pep Guardiola at Manchester City.

Chelsea booked their spot in the final on Sunday afternoon when they beat Crystal Palace 2-0 in a reasonably comfortable affair at Wembley.

That came after Liverpool’s impressive 3-2 win over Manchester City on Saturday, which kept their hopes of an incredible quadruple alive.

Keane has been seriously impressed with the Reds of late, as it is very difficult not to be, and the Irishman even reckons they have better strength in depth than City now.

‘I think Liverpool’s squad is stronger now [than Man City’s]. I think so. More quality off the bench, particularly their attacking players,’ Keane told ITV.

‘I know they’ve got the momentum at the moment and City are still quality.

‘But in terms of the strength in depth. I think we saw that yesterday. Obviously they had to make one or two more changes because of the midweek game. But I think their squad is better, Liverpool.’

On Chelsea’s chances in the FA Cup final, Keane added: ‘It any team’s going to beat Liverpool this season it’ll have to be some effort. The feel good factor, the quality of the players. They look sharp, they look strong, great squad, great manager, they’ll take a lot of stopping.’

It was suggested to the Irishman that the same could be said about Chelsea but Keane was not having it, saying: ‘Not as sharp or as strong or Liverpool.’