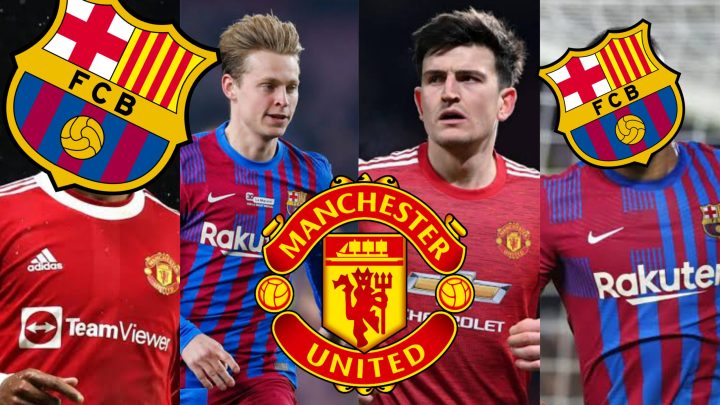 As the rumours surrounding the future of Frenkie de Jong at Barcelona continue to swirl, Fichajes has come up with a new report which claims that Manchester United are ready to make a significant investment in the Dutchman and his club and national teammate Memphis Depay.

Manchester United’s interest in de Jong is well known, with incoming manager Erik ten Hag believed to be keen on a reunion with the 24-year-old whom he worked with at AFC Ajax.

With Paul Pogba set to move on in the summer, there is a gaping hole in the midfield department that they need to fill. To that end, de Jong has emerged as one of the priority targets for the Premier League giants ahead of a new era under ten Hag.

And as per the aforementioned report, de Jong is not the only Barça player on Manchester United’s radar, with their sights set on a move for Memphis Depay as well.

The Dutchman is no stranger to Manchester United, having spent a couple of difficult seasons at Old Trafford before leaving in 2017 for Olympique Lyon where he revived his career. He joined Barcelona only last summer but could be on the move at the end of the season.

The Blaugrana are in need of funds to invest in the squad and see Depay as a sellable asset. The 28-year-old is no longer a regular starter like he was in the initial stages of the season and is seen as a dispensable member of the team.

As for de Jong, contrasting reports continue to emerge regarding their stance on the midfielder. Xavi continues to insist that the 24-year-old is a key part of his plans, but Barça’s pursuit of Carlos Soler indicates otherwise.

Nevertheless, Manchester United are ready to offer a massive €100 million to Barcelona for the Dutch duo of de Jong and Depay as per the report.

It is also claimed that there is a possibility of the Premier League including players like Alex Telles or Scott McTominay in the deal to lower the cost. Whether Barcelona find such an offer appealing enough to part ways with the Netherlands internationals remains to be seen.