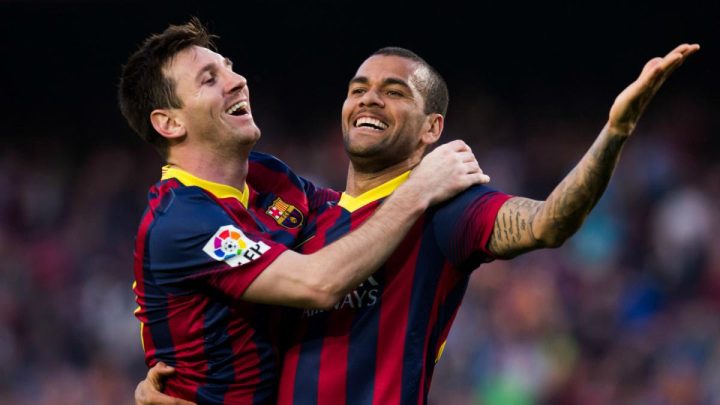 Barcelona defender Dani Alves has urged his former teammate Lionel Messi to return to the club for a “last dance” together.

Messi has struggled to find his best form at Paris Saint-Germain since his high-profile summer transfer from the Catalan club last year. The Argentine superstar has netted just three domestic goals across 21 appearances since his move to the French capital. In November, Messi landed a record-breaking seventh Ballon d’Or title by scooping the 2021 accolade before ranking second behind Robert Lewandowski in the 2021 FIFA Best Men’s Player – but his form has, not entirely unsurprisingly given he turns 35 this summer, declined.

Reports have indicated that Messi is unhappy in Paris as he has failed to settle in the city and at the club for multiple reasons. Alves became the first signing of coach Xavi Hernandez at Camp Nou and the right-back was one of a quartet of January arrivals who have transformed Xavi’s Barcelona – the club are undefeated in La Liga since early December. After signing Alves, Barca completed the signing of Ferran Torres from Manchester City and then secured the loan signing of La Masia graduate Adama Traore from Wolves before clinching the signing of Pierre-Emerick Aubameyang.

The two stars played alongside each other at the Catalan giants between 2008 and 2016, where they won an eye-catching 23 trophies together – just shy of three per season. Upon his presentation at the club in November, both the Brazilian and club president Joan Laporta talked up the possibility of Messi one day returning to the club.

Former Barca star Luis Suarez also claimed that his close friend and former teammate Messi was struggling to adjust to life in Paris, fuelling rumours of a return. Alves then went on to say in January that it was “strange” for Messi not to be at Barca and claimed that “it would be great if he could finish his career here (at Barca).”

Alves told an interview with Catalan media outlet Diario Sport : “I don’t know what he thinks or wants to do. He could come back for a little year with me for a ‘last dance’. Why not? There’s nowhere better than here. We cannot be better off than at Barça. He left and tried the experience. It’s time to return home if he wants.”

Barca chief Laporta previously said of a future return to Barca for Messi: “It has happened with Dani, who has already said that age is just a number and has also made a significant financial effort to return. You are talking about two spectacular players, with Leo and Andres. I cannot predict the future, they are still playing. You never know in life.”

Messi’s contract at the Parc des Princes runs through until the summer of 2023, by which stage he will have celebrated his 36 th birthday. While there would be plenty who would love to see him return to the Blaugrana, such a possibility remains far from a reality.