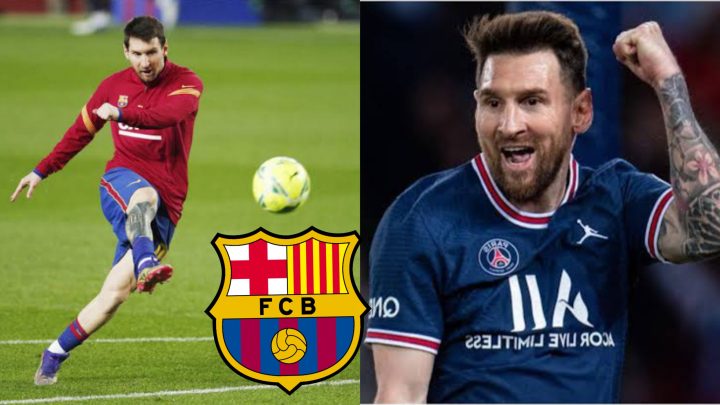 Lionel Messi has enjoyed some time away from Paris Saint-Germain to meet up with a former Barcelona teammate as he comes to the end of a challenging debut season in France.

The Argentine has netted just four domestic goals across 24 appearances since his move to the Parc des Princes. PSG completed their Ligue 1 title success in April but fans are so disillusioned with their side at the moment that they did not want to celebrate the success with the players.

That followed the supporters’ major protest at a Ligue 1 clash against Rennes in which they blasted the ‘overpaid mercenaries’ on their books and attacked the board. Further, Mauricio Pochettino was booed by large sections of the home crowd when his name was read out ahead of kick-off before the title was secured amid reports that he is set to leave the club.

In March, PSG fans booed Lionel Messi and Neymar during the club’s first Ligue 1 match following their elimination from the Champions League by Real Madrid at the last-16 stage. The two South American superstars were jeered with every touch of the ball they had against Bordeaux. Those boos came just a day after PSG ultras called on president Nasser Al-Khelaifi to resign following their club’s latest European humbling.

Messi has endured a strange season even though he landed a record-breaking seventh Ballon d’Or title in November before ranking second behind Robert Lewandowski in the 2021 FIFA Best Men’s Player awards this year. Recent reports have indicated that he is unhappy in Paris as he has failed to settle in the city and at the club for multiple reasons.

The Argentine has frequently returned to Barcelona whenever he has been given days off by PSG and the same was true this week, as he and his wife, Antonela, took advantage of his break to return to their former home city – from which he unwillingly had to leave last summer.

Messi and his wife met up with his former Barca teammate Sergio Busquets and his partner, Elena Galera, alongside some of their friends in Castelldefels, near Barcelona. The group met up in the beach bar of another former Barca star, Luis Suarez, named Chalito.

Despite his affection for Barcelona, there are no suggestions Messi is planning a transfer return to the Blaugrana. His PSG contract expires next summer but it is clear he still feels most comfortable and at home in Catalonia.