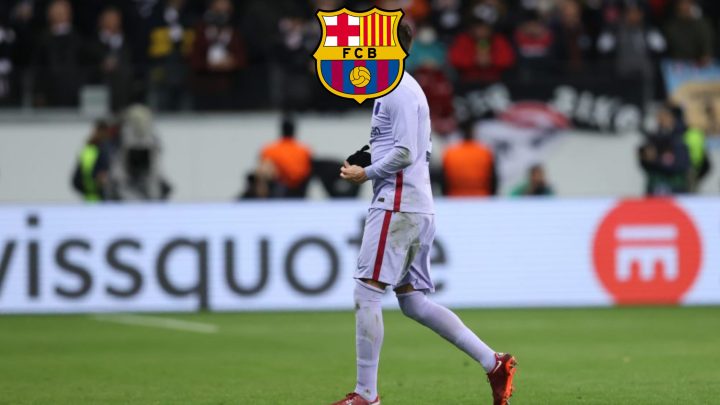 Journalist Fernando Polo of Mundo Deportivo has confirmed that Barcelona are not concerned about Gerard Pique’s recent injury that he picked during the 1-1 draw against Eintracht Frankfurt in the Europa League quarter-final.

The 33-year-old was forced off in only the 22nd minute after feeling pain in his left leg. The team later confirmed that he has suffered from an adductor injury and further details will only be provided after running detailed tests in Barcelona.

Pique seemed to have hurt himself after overstretching while trying to make an interception. He immediately held his left adductor and was visibly seen in some pain.

While there’s no official word from the team, it’s believed that the veteran defender will, in fact, return before the second leg at Camp Nou. However, Barça will not force their veteran defender into anything.

The former Manchester United man was eventually replaced by Clement Lenglet, who occupied the left axis while Eric Garcia continued on the right.

Barcelona travel to Levante on Sunday and Xavi is rightly expected to take it easy on Pique’s injury. This effectively means Ronald Araujo will return to his usual centre-back position, and Dani Alves can fit in at right-back again.

Ousmane Dembele put on a fine display in his brief cameo in Germany. The young Frenchman was involved in the lead-up to his team’s equalizer in the 66th minute that saw Frenkie de Jong setting up winter signing Ferran Torres for the goal.

After the match, however, Dembele was seen speaking to the club doctor Ricard Pruna, leading to the suggestion that he might have picked an injury sometime during the match.

Luckily enough, Barcelona clarified that Pruna was, in fact, informing Dembele of the routine anti-doping tests. These tests are performed after most matches.