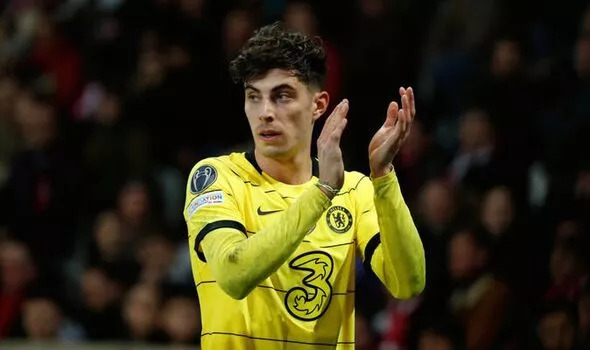 Bayern Munich have been told to take advantage of Chelsea’s financial situation by prising away star forward Kai Havertz. However, the German has already explained why he turned down the Bundesliga club in favour of a move to the Blues in resurfaced quotes.

Chelsea are operating under a special license after sanctions were imposed on owner Roman Abramovich. The Russian is alleged to have close ties with Vladimir Putin, whose invasion of Ukraine has been strongly condemned worldwide.

Abramovich had all of his UK assets frozen, including the Premier League club he has owned since 2003. Chelsea’s bank accounts were frozen and they are effectively under a transfer ban.

A bidding process to buy the club is underway. The government are overseeing the situation to ensure no funds end up with Abramovich.

German publication Bild printed a column this week written by journalist Raimund Hinko. In it, Hinko told Bayern sporting director Hasan Salihamidzic to ‘take revenge’ on Chelsea director Marina Granovskaia, who he believes tried to hold the Bavarians to ransom in a 2020 pursuit of Callum Hudson-Odoi.

He wrote in German: “Help yourself to the disintegrating Chelsea. And not with just anyone, but with Kai Havertz personally, for whom it didn’t work out in 2020.

“Yes, dear ‘Brazzo’ Salihamidzic, you can now take revenge on Marina Granovskaia. The Chelsea boss has danced on your nose enough times, shown you off with relish tugging at Callum Hudson-Odoi and made fun of you. But now her empire is falling apart, and after the departure of the oligarch Roman Abramovich, many things are threatening to fall apart. Even if a new investor signs on, there will be severe turbulence.

“You at Bayern shouldn’t have any scruples. Too often the English have snootily laughed at you with all their money.”

However, Havertz has already explained that he was taken in by the project being put together by Frank Lampard when he decided to join for a blockbuster £70million fee. Lampard has since departed and Havertz has thrived under Thomas Tuchel.

“It was important to me to have a club with a vision. An exciting change is taking place. We are a young team with many great players. We think offensively,” the 22-year-old told BILD soon after arriving at Stamford Bridge from Bayer Leverkusen.

“We want to build something up here and attack. That motivates me a lot. And then it is a title with Chelsea is worth a lot more.

“I was always impressed with his (Lampard) scoring threat. I found that outstanding for a midfielder. That’s what I want to measure myself against. The fact that he was so successful and at the same time so personable impresses me.”

Havertz has delivered some excellent moments in a Chelsea shirt. Following a slow start that involved a recovery from COVID-19, the youngster scored nine times in his first season and struck the winner in the Champions League final.

He has 11 strikes this season and has often kept £97.5m summer signing Romelu Lukaku out of the Chelsea team. There was another winning goal in February’s Club World Cup final success, with Havertz now firmly Tuchel’s preferred forward option.