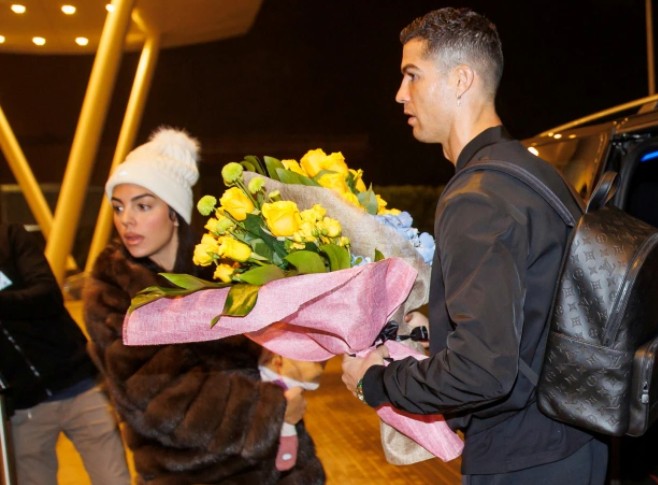 In preparation for his return to playing for the Saudi club Al Nassr, Cristiano Ronaldo and his family have arrived in Saudi Arabia

Recall that on December 30, 2022, and effective January 1, 2023, Cristiano Ronaldo signed a massive two-year contract with Al Nassr that could make him no less than 200 million euros in two years.

Less than a week after Ronaldo stunned most of his critics to accept the deal, he and his family flew from Spain to the Arabian country on Monday ahead of his official unveiling on Tuesday.

When he arrived in Saudi Arabian capital, Riyadh, late on Monday, the five times Ballon d’Or winner was welcomed with a bouquet.

Cristiano Ronaldo and his lover Georgina Rodríguez received a bouquet on arrival in Suadi Arabia. 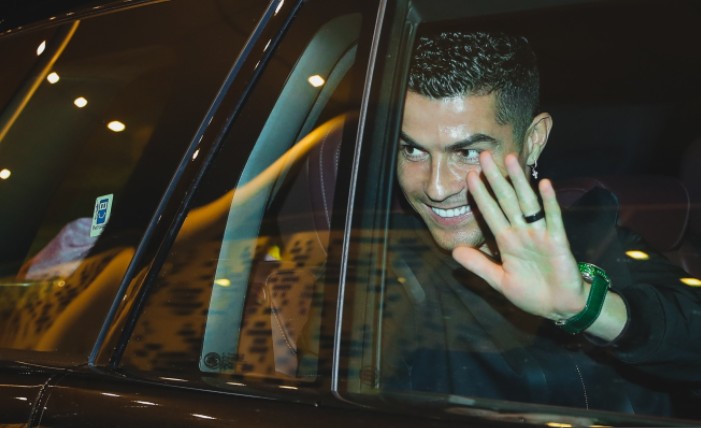 He and his large entourage are staying in a luxury hotel in Riyadh, all expenses paid.

“He brought a big team of assistants and even a private security firm,” an official told the AFP news agency.

Ronaldo is the biggest footballer to play for a Saudi Arabia club even though legendary figures like Xavi, George Weah, and Pep Guardiola have had stints in the Gulf country towards the end of their football careers.

Ronaldo who is expected to make his debut for Al Nassr against Al-Ta’ee on Thursday, January 5, will play alongside known names like Colombia goalkeeper David Ospina, formerly of Arsenal and Napoli, Cameroon international, Vincent Aboubakar, and 2018 South American player of the year Pity Martinez.