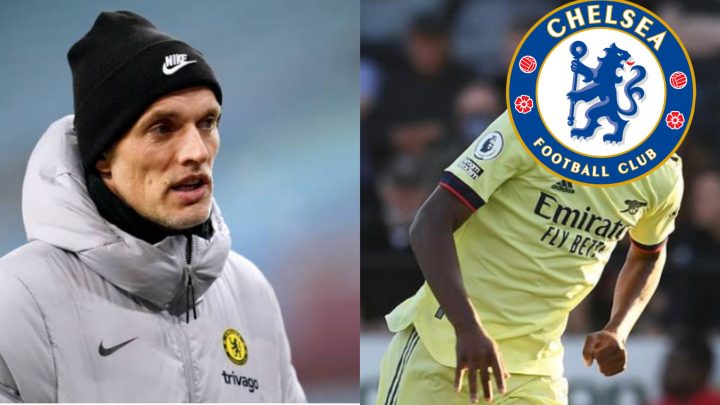 Chelsea have reportedly made contact with Arsenal youngster, Khayon Edwards, as the Blues look to snap up the young attacker for nothing.

Edwards could leave Arsenal for free, although the Gunners will be due compensation due to his age. However, the Gunners are thought to want to tie Edwards down to a new deal. But Chelsea, waiting in the wings despite being under sanctions due to the conflict in Russia, have already made contact with the player.

Goal reports how the Blues are wanting to bring Edwards to Stamford Bridge if they can. They know full well they can’t sign anyone right now, but a change of ownership could change that with Roman Abramovich set to be out of the picture.

Edwards has been on fire for the Arsenal youth set up this season. Goal reports how he has 17 goals and six assists across all competitions in just 22 games. The teenager is highly-rated at Arsenal, although he has yet to push into the first-team picture just yet.

Arsenal have had mixed success with young strikers coming through recently. Eddie Nketiah is set to leave for nothing this summer, while Flo Balogun is out on loan with Middlesbrough after signing a new deal.

TBR’s View: Edwards One To Watch And Arsenal Need To Keep Hi

Everyone knows the step up into the first-team is a different kettle of fish but if you’re scoring the amount Edwards is, then you’re a player to keep an eye on.

Chelsea know full well that Edwards is one of the stars of Hale End. That’s exactly why they’re sniffing and they’ll be keen to get one over their London rivals if they can.

For Arsenal, you feel it’s a player they can’t really lose. They can’t keep developing talent only to never see them in the first-team. If Edwards does leave, it will sting a bit of the those at the club.