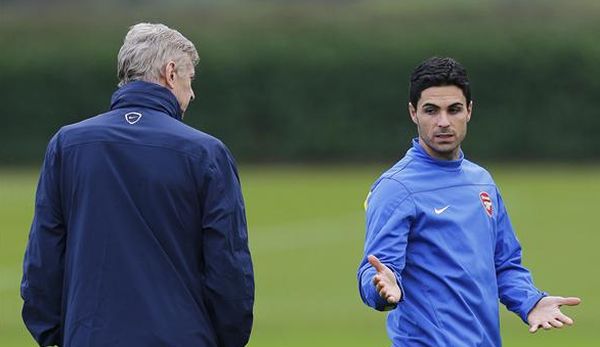 Arsenal manager, Mikel Arteta has said it was “weird” to have former boss Arsene Wenger back at the Emirates

Wenger watched on as the Gunners beat West Ham 3-1 on Boxing Day.

Arteta, speaking at the OXford stadium, also revealed Wenger visited the dressing room after the game.

“You could feel that he was emotional, that he really enjoyed [it],” Arteta told ITV.

“And I think he felt the love from everybody at the football club, the appreciation of what he’s done. And it was weird to see him around the dressing room, but at the same time, it was a beautiful day for everybody.”