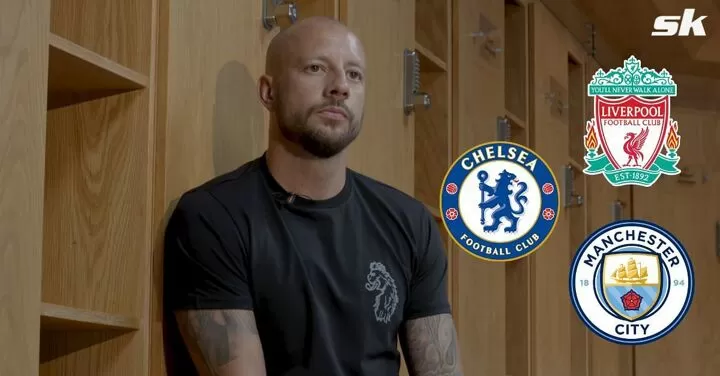 Alan Hutton has suggested that Chelsea midfielder Mason Mount should turn down a new deal from the Blues amid interest from Liverpool and Manchester City.

Mount is one of the lowest-paid first-team players at Stamford Bridge on a deal around £70,000 a week until 2024.

As per The Athletic, Mount’s future at West London looks uncertain amid strong interest from a number of big clubs in England and Europe.

The Athletic also claims that the 23-year-old could opt against a contract renewal. The Sun claims that he is wanted by both Liverpool and Manchester City.

Alan Hutton has suggested that the Blues’ ongoing takeover saga could make Mount consider his options.

The former Aston Villa full-back has insisted that Mount is already a key player for Chelsea and will get even better with time. He told Football Insider:

“He’s a main player for them, he’s got so much potential still and he’s going to get better.”

“We don’t know how things are going to move forward when it comes to Chelsea. We don’t know when everything’s going to be sorted. It might be six months, it might be longer. I don’t know when this takeover could happen. If it’s sooner rather than later then, I won’t say things go back to normal. But you know what it means. As a club, they go back to the normal way they do run.”

Hutton has suggested that Mount might stay at Chelsea for another year and could seek a move next summer if he is not rewarded with a new deal. The 23-year-old could be on his way to Liverpool or Manchester City, as per the 37-year-old.

“Then, contract issues will, hopefully, be settled. So, we’ll have to wait and see the outcome of that. If he doesn’t get that opportunity to stay at Chelsea, yes, he’s just going to probably see out next season. He’s into his last year and then we’re into a different ballpark, and he could be joining Liverpool or Man City.”

Mason Mount is a player every manager would love to have in their team and Jurgen Klopp would be no exception. The Englishman boasts incredible versatility on the pitch and is quite intelligent.

The 23-year-old is a tireless worker despite being an attacking midfielder by trade. This is why he has been a favorite of Frank Lampard, Thomas Tuchel, and Gareth Southgate.

Mount has everything in his game to fit Jurgen Klopp’s system at Liverpool. The Reds have a number of aging players in the middle of the park and bringing in someone like Mount would make a lot of sense.