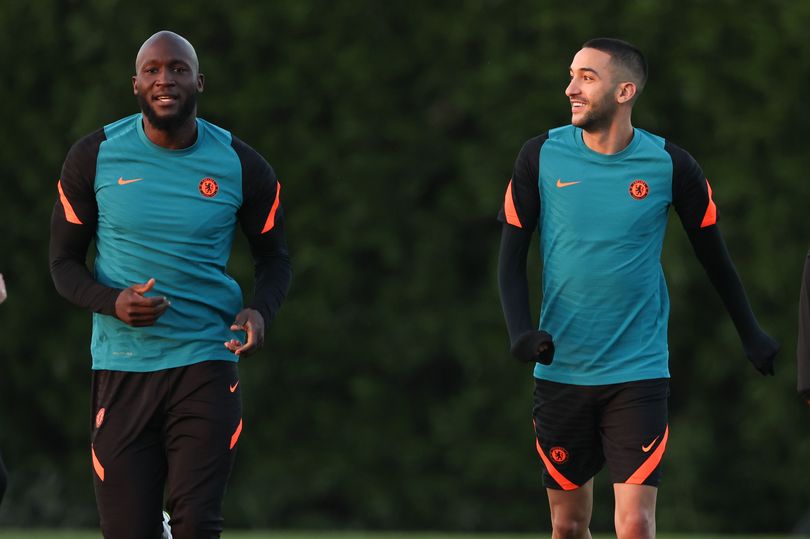 There is little time for Chelsea to wallow following their defeat to Brentford in the Premier League, with a Champions League quarter-final and Real Madrid awaiting at Stamford Bridge on Wednesday evening. The clash sees a repeat of the Blues’ semi-final match-up in last year’s competition, where they prevailed 3-1 winners thanks to a 2-0 win at Stamford Bridge in the second leg.

Already the eerie connection between Chelsea’s drop in performance ahead of last year’s last eight appearances has been made, but the result will certainly have acted as a wake-up call, even if Thomas Tuchel refuses to panic.

The Blues were straight back in training on Monday in a bid to rediscover the levels they are capable of, and Tuchel led a small open session on Tuesday morning with preparations well underway to take on Carlo Ancelotti’s side. We take a look at some of the more interesting moments below:

It appears once more that Callum Hudson-Odoi and Ben Chilwell will be the figures unavailable for the visit of Los Blancos. Chilwell, of course, remains out for the course of the season while his teammate has an ongoing Achilles issue.

Ahead of the clash with the Bees, Tuchel noted that Hudson-Odoi ‘still feels his Achilles a little bit and has some lower back problems’, and his absence in training suggests he is still recovering. Christian Pulisic was involved in the session, having not trained ahead of the Bees’ trip to Stamford Bridge after his journey back from playing for the USA. He looked lively in Tuesday’s open section, however.

It’s always interesting to see the vigour at which Chelsea’s stars head out to training. Azpilicueta led the way out of the Cobham changing rooms with a coaching staff member, in advance of even some of the goalkeepers who are often out first.

Mendy afforded the cameras a little wave as he headed out in advance of Tuchel, while others mostly came out in small groups, predominantly focused on putting their gloves on and in small conversation. Bettinelli jogged enthusiastically past the camera people, gloves still in hand, and perked up “Hello everybody!’ on the way to his session, seemingly keen to get underway.

It’s not the first time some hijinks have occurred between the Chelsea duo, who appear to have struck up quite the friendship, having shared some of their international breaks together in the USA. That friendship seems present on the training ground too.

Spirits seemed high as the Blues got warmed up, and Lukaku looked to nudge the ball into his teammates’ back. Ziyech and Rudiger were soon joining in as the balls began to fly, but it quickly settled down. The Belgian forward couldn’t help himself, however and gently popped the ball onto Ziyech’s back as he shed some layers, ready for the next step of training.

The Chelsea forward was soon saying ‘sorry, sorry, sorry’ as the Morrocan claimed a ball in his hands and wound up to take his revenge with a firm placement of the ball into Lukaku’s thigh. The duo enjoyed a good laugh as another ball came into the vicinity, but Alonso prevented the activity from going further with a solid goalkeeper’s claim of the ball.

Cesar Azpilicueta in charge of the rondo

The Blues captain is always a leader, even when it comes to choosing who will be in the centre of his rondo first. As the Chelsea stars circled around, not wanting to enter as the defender first, Azpilicueta arrived, took control, and put Kenedy in the centre by way of humorous demonstration that almost looked like Rudiger’s high knees on the spot. Not what you’d expect from the Spaniard, but it certainly got things moving.