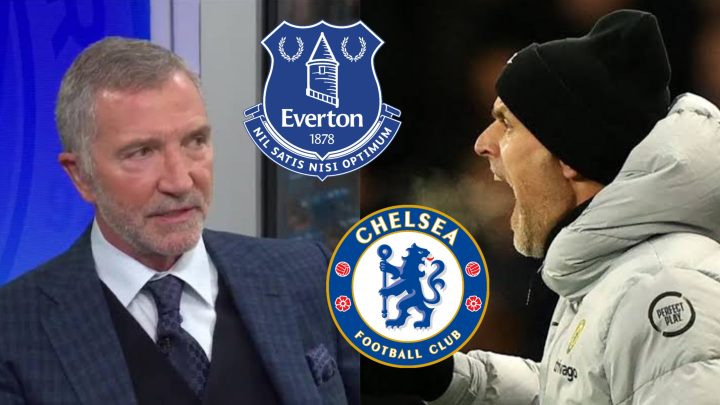 Former Liverpool player and manager Graeme Souness has picked out Chelsea ’s strikers as their problem area under Thomas Tuchel. It comes after the Blues failed to convince against Everton on Sunday, despite having the majority of the ball.

Tuchel’s side faced ex-player and manager Frank Lampard at Goodison Park, with the Toffees in the relegation zone and five points from safety before the match. Discussing the game in his pre-match press conference, the German side: “We need the points, and they need the points urgently as well.

“It is an exciting week for me personally. I love to play at Old Trafford, and everybody tells me about the atmosphere at Goodison Park, how emotional and how tough it is to play there. These are two nice fixtures, what it is all about. I am excited to go there, and we expect a tough fight.

“In the first half, they were met with just that in front of a packed out home end. While the visitors had more of the ball, they struggled to cause many problems.

This led to Graeme Souness criticising the strike force of the team, saying on Sky Sports: “They’re a team that don’t really have strikers they should have for the qualities in other departments of the team. For the money they’ve spent, they should have a lot more than what they’ve got, for me.

“[Timo] Werner, four goals. They’ve been confronted here by an Everton team who have been very aggressive, they’ve matched that aggression.”

The forwards have been a problem area for the majority of the season, with the manager often changing his preferred forward line in search of his best selection. Romelu Lukaku made the return to Stamford Bridge for over £100million last summer, but has only managed five goals in the league.

Since his struggles, Kai Havertz has been the preferred option, with seven goals, while Timo Werner has begun to find some form as of late. Whether the head coach can find the formula for those worries in the summer will come into question, but before then, he will be hoping that everyone can contribute to the scoring, with a huge FA Cup final to come before the end of the season.