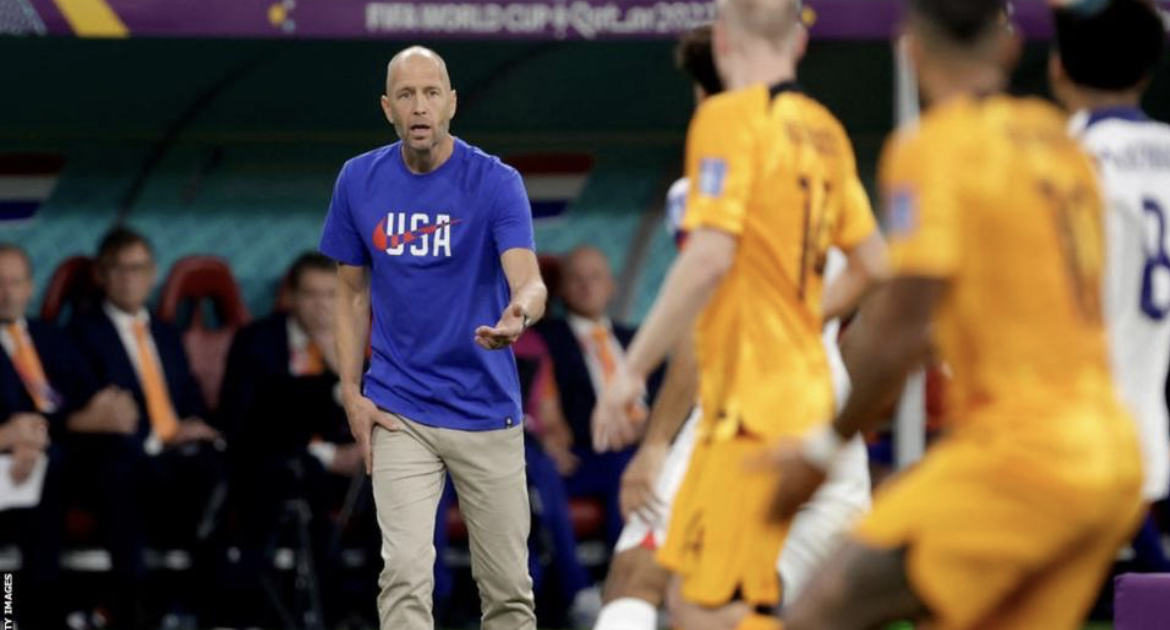 The 49-year-old is now under investigation by US Soccer after an allegation was made against him.

In a statement on Tuesday, Berhalter said he had been contacted during the World Cup by someone saying they were going to ‘take him down’.

“There are zero excuses for my actions that night,” he said.

The statement, co-signed by his wife Rosalind, shared details of the incident which happened in 1991.

“We had been dating for four months when an incident happened between us that would shape the future of our relationship,” the statement read.

“One night, while out drinking at a local bar, Rosalind and I had a heated argument that continued outside. It became physical and I kicked her in the legs.”