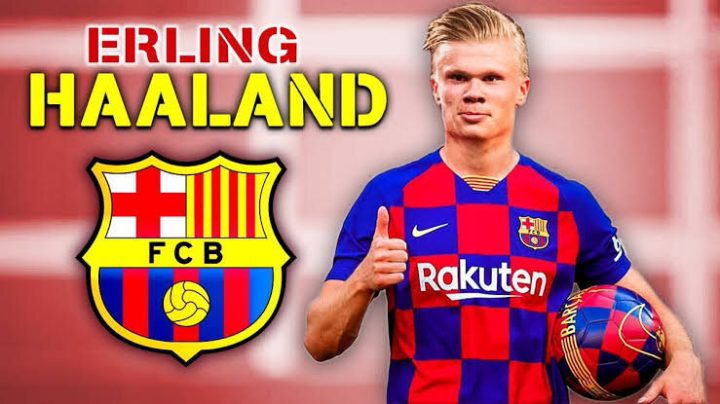 Tipped as football’s next generation superstar alongside Kylian Mbappe, the Norwegian will leave Borussia Dortmund this summer and a number of clubs are vying for his signature.

Leading the race are Manchester City with Real Madrid and Paris Saint Germain not too far behind. But once constantly linked to the 21-year-old’s name were FC Barcelona before dropping out for a number of reasons despite a meeting that first team coach Xavi Hernandez allegedly held with him in Munich to convince Haaland of the strength of his sporting project at Camp Nou.

The most obvious of them are financial. With debts of around $1.5bn, pulling off an operation exceeding $300mn when the player’s release clause, wages and agent and father’s commissions was always going to be a stretch.

Yet according to SPORT, there are also troubling personal reports that have encouraged Barca to look at Plan B signings such as model professional Robert Lewandowski and Lautaro Martinez.

While Haaland is no doubt naturally gifted in terms of his goalscoring ability and physique, there are concerns from Barca’s scouting department that the Leeds-born sensation has a taste for nightlife and partying, while having also demonstrated concerning behavior such as when he was kicked out of a club in Norway drunk, screaming and shoving last year.

Though Haaland could perhaps be forgiven for this given his young years and turned around with some wise words in his hears from someone like Xavi or older more experienced heads in the Blaugrana starting XI such as Gerard Pique and Sergio Busquets, Haaland’s time on the operating table also must be taken into account.

Though never missing more than six or seven games at a a time, the target man has been injured on no fewer than 13 occasions since the 2018/2019 season with knee knocks and muscular problems in particular constant complaints.

For these reasons, it may be better to let Haaland sign for another European rival and watch from afar how he progresses before perhaps making a fresh approach for him in his mid-20s where he could also be landed for free if his contract is winding down five to six years from now.