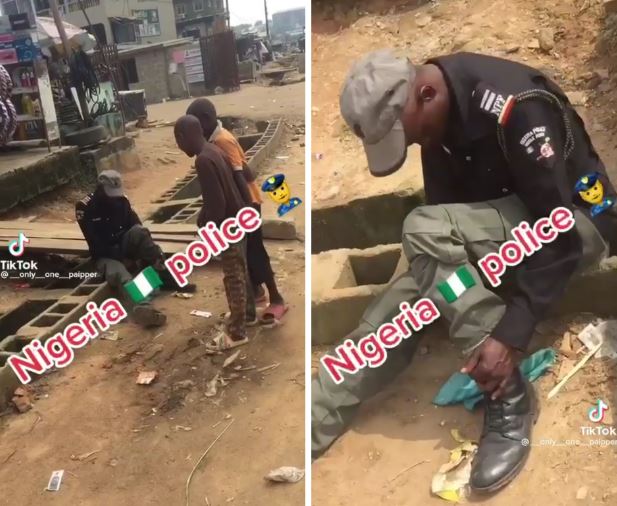 A drunk Nigerian police officer who was seen very drunk in a viral video has been sanctioned. It is said that it was done.

Force Public Relations Officer, CSP Muyiwa Adejobi, issued a statement on Sunday, October 30, saying the video was not new, saying the incident led to the demobilization of inspectors by the riot police and that it will be released in 2020. It added that other disciplinary actions had been taken.

“Nigerian police strongly condemned the arrest of a mobile police officer who was found drunk and sitting on the ground being teased by some children in a viral video now going viral on social media. I would like to point out:

“Remember that this video is trending in 2020 and that the Force has taken diligent steps to ensure that inspectors are reprimanded in accordance with existing laws regulating the Force , as a result of which CH:
5660/DOPS/PMF/FHQ/ABJ/VOL.78/116 dated December 11, 2020 demobilized from the riot police and took other disciplinary action.

“But it’s appalling to see the same video being beaten for clout without relying on existing facts.

I urge all to reject the video and its content as they do not serve their true purpose, while encouraging officers to maintain and maintain ethical conduct.”