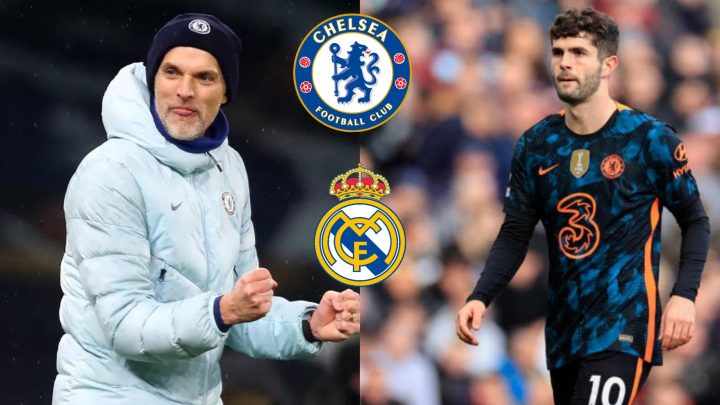 Shaun Wright-Phillips believes Christian Pulisic is paying the price for his versatility. The 23-year-old has struggled in recent matches and has received some criticism from the Chelsea supporters.

The American was brought on with less than 10 minutes of normal time to go in the week against Real Madrid. He replaced Timo Werner, who was impressive on the night, but Pulisic failed to make an impression once called upon and missed a good chance at the Bernabeu.

Pulisic has played in several positions during Thomas Tuchel’s tenure at the club, including wing-back and on both wings upfront. This could be costing the former Borussia Dortmund wide man, according to Wright-Phillips, who believes it is crucial to nail down one position at Stamford Bridge rather than being used as a utility player.

“That tends to be the way of football when you can play a lot of positions, you just do well rather than excellent,” the former Chelsea winger told GOAL in association with Lord Ping. “I can imagine that if he just played in his normal position, you would see why they bought him in the first place.

“I wouldn’t say there is too much competition because I am a big fan of Pulisic. I love the way he plays, and I love how dangerous he looks.

“The thing he has found tough is staying fit. When he has gone into great form, he will get an injury, and then it puts him back a bit, players come in, and they are in form, and the manager can’t drop them. He has got everything that people believed was there. It’s just that every time he has got on that roll and started becoming that Christian Pulisic that everyone wants to see, he breaks down again.”

Over recent matches, his form of Werner has improved massively, and that could spell bad news for Pulisic on a personal level. The likes of Kai Havertz, as the false nine, and Mason Mount behind the German pick themselves.

That means for the likes of Werner, Pulisic and Hakim Ziyech, there is just one spot in the front line to fight for. On Sunday, the American will be desperate to get some minutes under his belt against Crystal Palace in the FA Cup semi-final.

However, with Havertz, Mount and Werner all in fine recent form, Pulisic may be forgotten about by Tuchel. There cannot really be many arguments made with that.