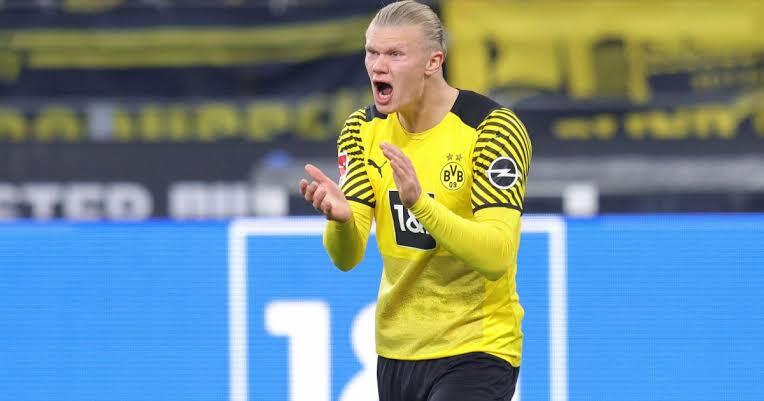 Chelsea and their potential new owners have been told that they have until the end of April to complete a potential swoop for Borussia Dortmund’s Erling Haaland amid fresh ‘talks’ are underway.

There was once a time whereby managerThomas Tuchel joked and fantasised over a potential Romelu Lukaku and Haaland link up but fast forward to now and one could potentially be replacing the other in west London. The current £97.5million club-record signing had a blistering start to his Blues homecoming but since that infamous and untimely Sky Sport Italia interview in which the Belgian had admitted his mistake in leaving Inter Milan, Chelsea’s current number 9 has never looked at home since.

He has scored goals here and there in recent times, with the FA Cup his current avenue of success, but in the league, as shown by his starting place on the bench against Brentford at the weekend, Serie A’s MVP winner isn’t the taste of the month anymore in SW6 with Kai Havertz taking the mantle. Despite these clear snubs from the first time coupled with reports that his current manager wants the owners’ first job to be moving on both misfiring forwards in the form of Lukaku and Timo Werner, the German himself didn’t want to entertain the recent news that had surfaced in the Italian media.

“We don’t reflect on it. The situation at the moment is that we cannot talk to players, cannot sell, and cannot buy. At this moment, we don’t need to think about it. These are the players we have and Romelu still plays a big part in our plans. Not the part maybe he wants to play and I totally understand that, but he used his time to disconnect a little bit, had one week of a holiday, and then he was back with us,” he said in his pre-match press conference before Brentford.

“I feel him very motivated, very strong in training, very much involved when we do the games. He is a winner and he will stay a winner and stay important with us. He had a good match against Middlesbrough which was a huge boost for all of us and for him personally. And at the moment, there is no space for a bad mood and no space for disappointment.

“There is simply not. I checked the schedule last week and I knew this was the schedule but once it is in front of you, you see what’s coming. There are a lot of matches in the decisive weeks of the season. That’s why there is no space now for second thoughts, being distracted or disappointed. We need everybody, every player and that includes Romelu.”

Whilst no dramatic decisions on what happens in the Blues’ striking department isn’t expected to be made by the end of 2021/22, news on a potential Haaland deal amid new ‘talks’ will not be the most promising update from the current European and World Champions’ perspective. This is because as per Spanish outlet SPORT, they have reported that Chelsea have held fresh talks with Mino Raiola regarding the potential big-money move for the Norwegian but the reports clarify that Real Madrid, Barcelona, Man United, Man City, Juventus and Bayern Munich all want to sign the striker for the cut-price fee of £63m.

His release clause makes him an attractive option to all European giants who want to strengthen their frontline and the news of a decision needed to be made by the end of April doesn’t bode well for Chelsea in this race. The end of April is when the new owners are expected to be in place by meaning there will be very little time for them to work on any deal for the Dortmund star, so the only way the Premier League top four club can beat others to the punch is by using the Yellow and Blacks’ interest in Werner to perhaps construct a player plus money offer for the Bundesliga figure.

Alternatively, Blues academy graduate and current Roma striker Tammy Abraham could be a viable option for the new owners to bring back to the club for a second stint after he recently hinted at a desire for a Premier League return in the future.