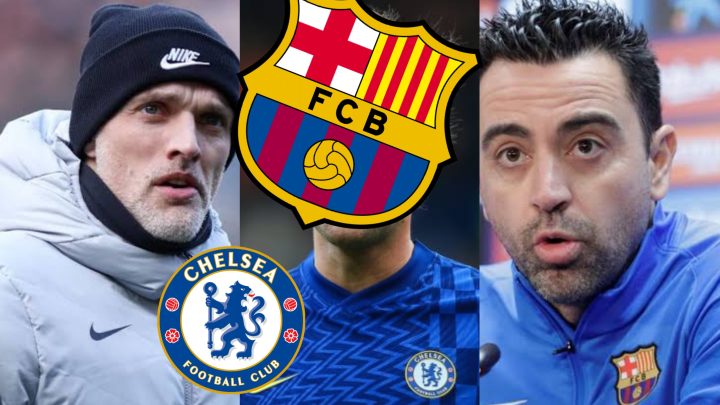 Chelsea are reportedly open to the idea of selling left-back Marcos Alonso to Barcelona this summer.

As per football transfer expert Fabrizio Romano, Marcos Alonso could be one of the many defenders leaving Chelsea after this season. The Blues left-back has prioritised leaving the Premier League this summer and is keen on a move back to Spain. The Blues are ready to sell him but are waiting for the ownership issue to be resolved first.

The 31-year-old doesn’t seem short of suitors with Romano claiming that Alonso is already in talks with Barcelona over a possible summer move. The Catalan giants have put the Chelsea full-back on their transfer wishlist, which features two-three other players as well, as per the Italian football journalist.

The Blaugrana are keen to shore up their defence ahead of the next season to give Xavi the best possible shot at winning silverware for the club next season. This has been a campaign of disappointments majorly, but Xavi’s appointment and the side’s resurgence under him give some hope.

In the quest to continue improving, Barcelona have identified Marcos Alonso as a target to strengthen the left-back position. The Catalans currently have Jordi Alba as their first-choice left-back, but with the club willing to fight on all fronts, having good squad depth is necessary, and the Alonso pursuit thus makes sense.

The 31-year-old has been with Chelsea since 2016 and has played 208 matches for them, scoring 28 and assisting 22 goals. Adept at playing both at left-back and left wing-back, Alonso could be a menace down the flank and has a lethal left foot that can surprise even the best goalkeepers.

The Spaniard had fallen down the pecking order at Chelsea recently, with Ben Chilwell getting the nod, but an injury to the latter opened the door of opportunities for Alonso. He has made 42 appearances across competitions this term, scoring four and assisting five goals. But with just over a year remaining on his contract, he is eager to move away from Stamford Bridge.

Marcos Alonso’s priority will be to leave Premier League this summer. The plan is clear and Barcelona have his name into the list, contacts ongoing 🇪🇸 #CFC

Alonso would like to come back to Spain. Chelsea are open to sell but still nothing advanced due to current club situation.

With Barcelona involved in talks with his entourage and Chelsea open to the idea of selling him, Alonso could become the third Blues defender who could potentially move to Catalonia this summer along with Andreas Christensen and Cesar Azpilicueta, who have both been linked with the Catalan giants.