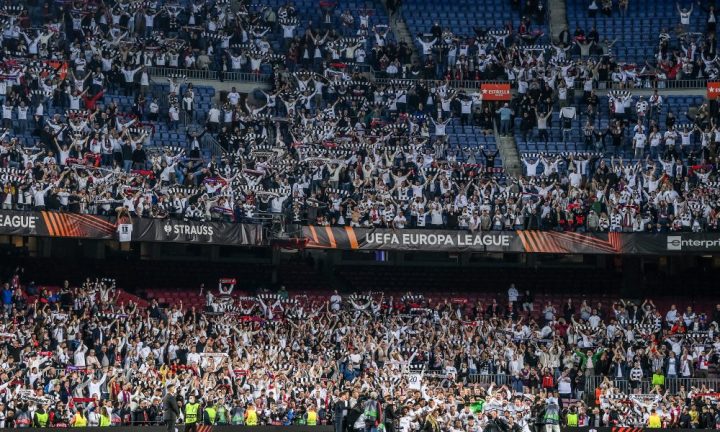 The defeat to Eintracht Frankfurt in their Europa League quarterfinal was a bitter pill to swallow in itself for Barcelona and everyone involved with the club. However, the wounds were salted even further due to the lack of home support.

Xavi had lauded Barcelona’s German opposition for the brilliant atmosphere they created in their own stadium.

And thanks to many Barcelona socios who sold their tickets to the Frankfurt faithful ahead of the return leg, the Camp Nou was flooded in a sea of white shirts, which was a sore sight to witness for the Blaugrana, who barely had any home support.

Needless to say, Xavi and president Joan Laporta were far from pleased with what had transpired. Now, according to reports from Mundo Deportivo, Barcelona could be in for more trouble and face potential sanctions from UEFA.

The excess of away fans way beyond their designated capacity and their usage of flares could be in violation of security protocols. This will be deemed by a report drawn up by UEFA’s security coordinator.

Eintracht fans could be sanctioned for their use of flares, which is classed as dangerous behaviour, but Barcelona could be held liable for that as well as negligence of due process under Article 16 of UEFA’s Disciplinary Code.

Usually, the punishment for such misconduct will incur a fine, and as for Frankfurt, it could also lead to their fans receiving no away tickets for the rest of their matches in the Europa League.