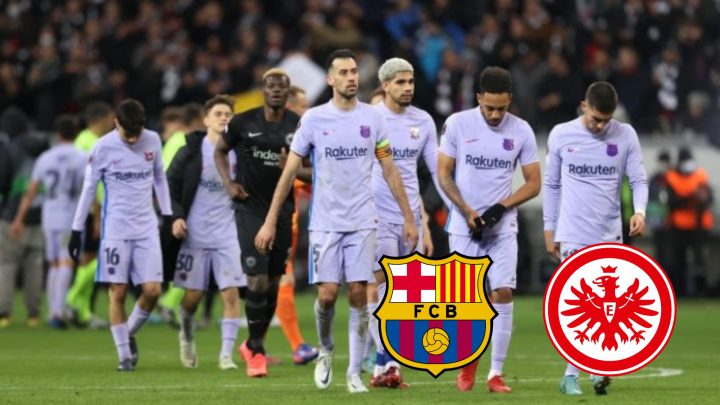 Barcelona get ready to host Eintracht Frankfurt in the second leg of the Europa League quarter-finals at the Camp Nou. After a draining first leg that ended 1-1, Xavi and co. will hope they can seal the game before it reaches extra time.

The least surprising part about the lineup tonight is the attacking trident that features Ferran Torres on the left side and Ousmane Dembele on the right. Pierre-Emerick Aubameyang will continue as the striker after a goal on the weekend.

In midfield, we will see Xavi’s preferred trio, headlined by Sergio Busquets as the defensive midfielder. Pedri returns to the lineup on the left side, while the young Gavi gets the nod over Frenkie de Jong on the other flank, as he did in the first leg.

With Gerard Pique injured, the imperious Ronald Araujo has been tasked with the leading role in central defence.

Eric Garcia partners him at centre-back, while Oscar Mingueza takes up responsibilities at right-back, making his first appearance since his cameo off the bench against Osasuna over a month ago.

Jordi Alba retains his spot on the opposite wing as the undisputed left-back. Marc-Andre ter Stegen will don the gloves hoping to mirror his MOTM showing vs Levante.