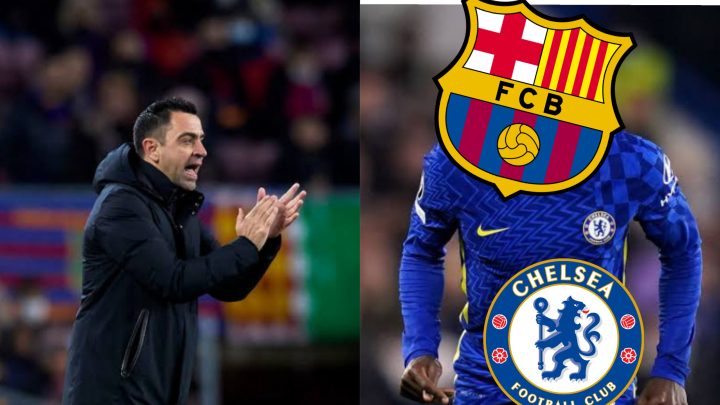 According to a report by Spanish outlet Fichajes, N’Golo Kante is the subject of interest from Barcelona over a possible move in the 2023 summer transfer window. The Catalan giants will look to land the Chelsea midfield maestro in a Bosman move next year.

N’Golo Kante has established himself as one of the best midfielders in Europe since moving to England. The Frenchman was an unknown quantity when he joined Leicester City in August 2015 from Caen. But after guiding the Foxes to a shocking Premier League triumph in the 2015/16 season, Kante became a hot property in the transfer market before Chelsea swooped him away.

Since joining Chelsea half a dozen years ago, the 31-year-old has gone from strength to strength, establishing himself as an indispensable figure for the Blues. To date, Kante has turned out 252 times for Chelsea, chipping in with 13 goals and 15 assists in the process. But the player’s contract ends in a little over a year, which has piqued the interest of Barcelona.

The Catalan giants are set to bolster their midfield unit in the summer transfer window by signing Franck Kessie in a Bosman move. The Ivory Coast international’s arrival will significantly improve Barcelona’s midfield unit, with Frenkie de Jong, Pedri, Gavi, Nico Gonzalez, and the resurgent Sergio Busquets already a part of the squad.

So Barcelona will unlikely need to sign another midfielder ahead of the 2022/23 season, especially if Kessie completes his free transfer, as widely speculated. But Busquets is in the twilight of his storied career and has been heavily linked with a possible move to the MLS, where he could reunite with former Barcelona captain Lionel Messi.

Kante is thus a viable target for Barcelona for the 2023 summer transfer window, especially if he becomes a free agent next year. The Catalan giants are plotting a Bosman move for the Chelsea midfielder, who could be a solid short-term replacement for Busquets.

But Chelsea will likely attempt to tie Kante down to a new contract, which is hardly surprising considering he remains a pivotal figure for the Blues. But with Barcelona’s threat looming, it will be interesting to see if Kante’s stint with Chelsea will end next summer.