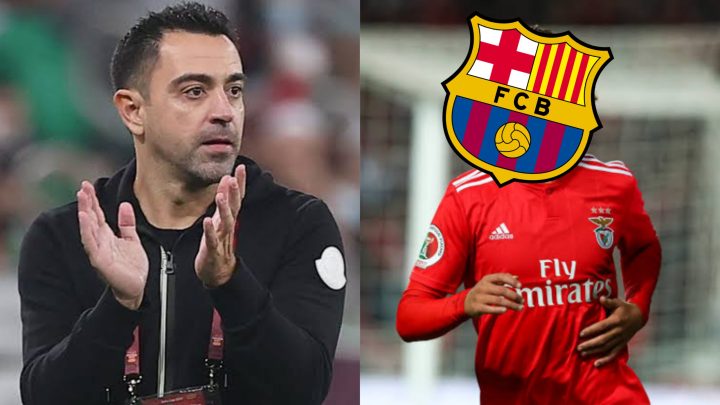 Barcelona are in the market for a new attacker this summer. Their search has led to multiple star players across Europe including the likes of Erling Haaland, Robert Lewandowski and even Mohamed Salah.

But while Barcelona have primarily looked at other leagues in their quest to sign a new forward, they have also kept close tabs on Atletico Madrid’s star player Joao Felix.

There is no secret the Portuguese international is facing an uncertain future at Atletico following a disappointing season. Barça are more than likely to join the pursuit, especially if Los Colchoneros fail to qualify for the Champions League, report Gerard Romero.

The reputed transfer expert suggests Barcelona board members have recently had a meeting with Jorge Mendes and his lawyers. The meeting was quite significant, with Joao Felix being one of the main talking points.

Romero claims Joao Felix, who is represented by Jorge Mendes’ GestiFute agency, could leave Atletico Madrid in the summer if the club fail to finish inside the top four.

Mendes already shares a good relationship with the Barcelona board members, with the Portuguese superagent’s agency even offering the Catalans to facilitate their deal to sign summer target Javi Galan.

Felix himself could consider an exit from Wanda Metropolitano after a disappointing campaign. The former SL Benfica starlet could be more suited to Barcelona’s style of play, with Xavi open to offering him a starring role in the attack.

The attacking combination of Felix, Pierre-Emerick Aubaemyang and Ferran Torres could indeed create havoc for the opposition defences next season, with Barcelona also having the likes of Ansu Fati and potentially Ousmane Dembele as other attacking options.

That said, the deal could be far from easy, knowing Atletico Madrid won’t be too keen on offloading their star player to a direct rival.

The cost of the operation could prove to be an obstacle as well, potentially making Felix an unattainable target for the Catalans this summer.